This Skillet Shepherd’s Pie has delicious and flavorful beef, onions, carrots and corn topped with buttery and creamy mashed potatoes with parmesan cheese. Baked to golden perfection in a skillet for a satisfying dinner. 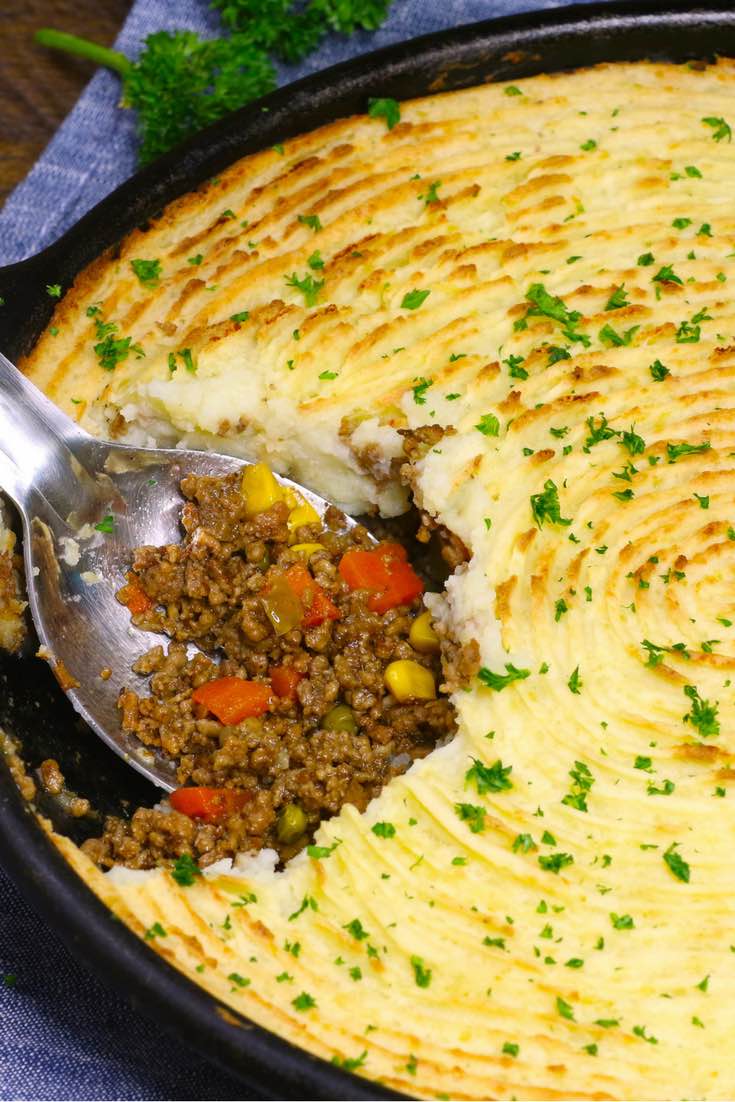 Shepherd’s Pie is comfort food at its best. In its simplest form, it’s a savory pie consisting of minced meat and onions on the bottom and whipped mashed potatoes on top, baked in the oven until golden.

This recipe is a family favorite for lunch or dinner, and it makes enough to serve a crowd if you’re entertaining. We love that it’s a hearty and satisfying meal with protein, starch and veggies in every bite! It’s one of my family’s favorite beef recipes, along with Slow Cooker Beef Stew, Taco Casserole, Philly Cheese Steak Sloppy Joes, Party Sloppy Joes, Taco Pasta, Party Lasagna and Mini Lasagna Cups.

Like so many classic dishes, this popular British invention was created by peasants as a way to use up leftover roast beef. The name was cottage pie, a name that is still commonly used today especially in the UK.

Shepherd’s later adapted the recipe to use minced lamb instead of beef, and called it shepherd’s pie. The name shepherd’s pie stuck in America along with herdsman’s pie in ranch country, but we won’t go there! 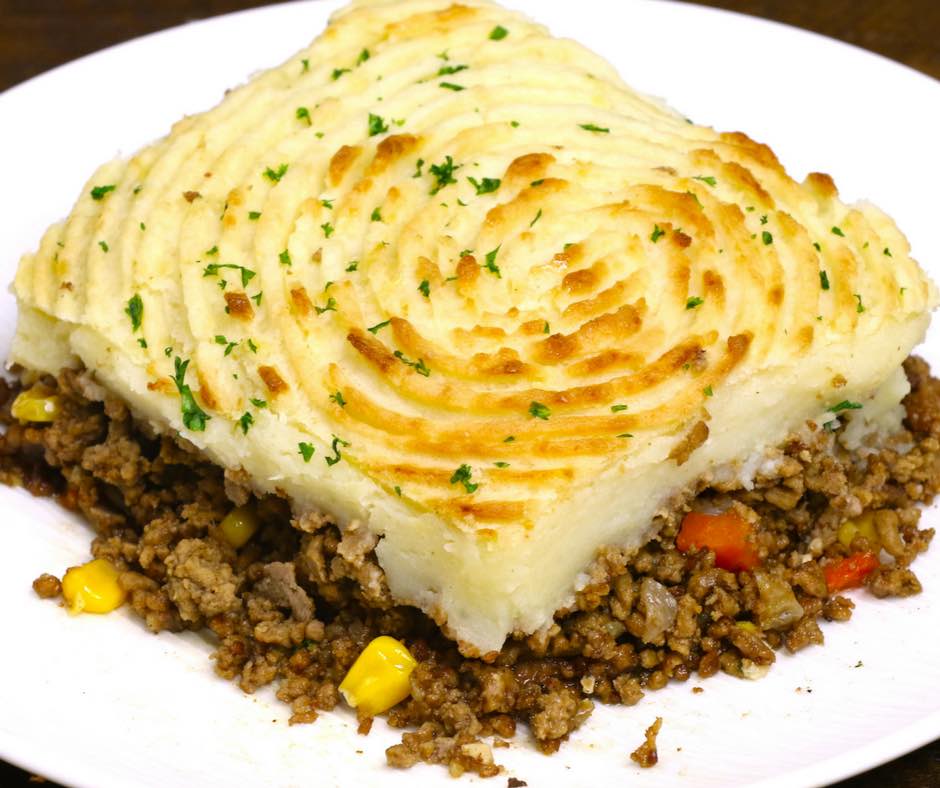 One of the secret ingredients in shepherd’s pie is Worchestershire sauce, which was invented around the same time. It’s a potent mix of vinegar, molasses, tamarind, onions and garlic that seasons and tenderizes the meat beautifully.

How to make skillet shepherd’s pie

We’ve streamlined this recipe to be as easy as possible. The first key tip is to start with the right potatoes, which are baking potatoes or russets. Because they have a floury texture, they mash easily without lumps that are hard to get rid of!

You can boil the potatoes, but we find it’s faster to microwave them on full power until soft.

The second tip is to use an ovenproof skillet, which means one without a plastic handle and that fits in your oven. If you don’t have one, then simply use a square 8-9 inch baking pan.

Once the potatoes are cooking, you can cook the meat. We’ve called for ground beef, and you can substitute ground lamb if you prefer. If you have leftover beef roast, mince it up a food processor and use it instead of ground beef. 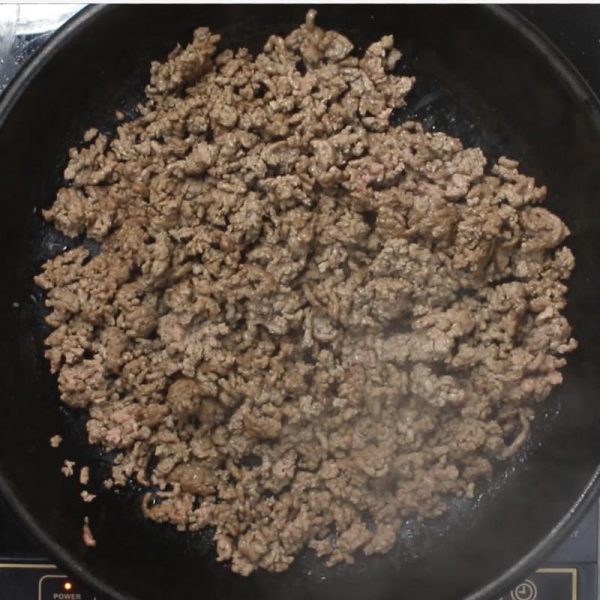 Browning the beef is important for a flavorful pie, so fry it over medium-high heat for several minutes. Then you can add in the onions and garlic and remaining ingredients. 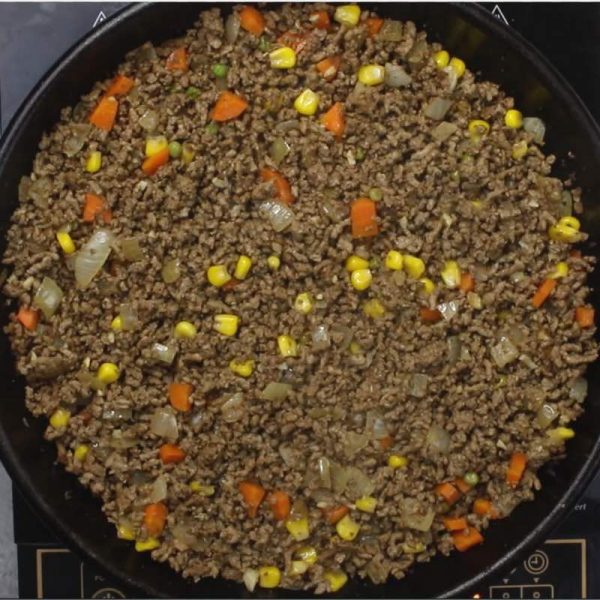 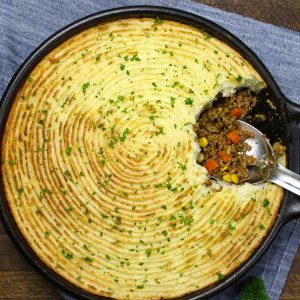