These Cinnamon Roll Apple Pie Cups are always a hit with their pillowy soft crust and velvety filling! This easy apple dessert needs just 3 ingredients and is ready in 25 minutes. They’re fabulous anytime and perfect for parties, potlucks and holidays! 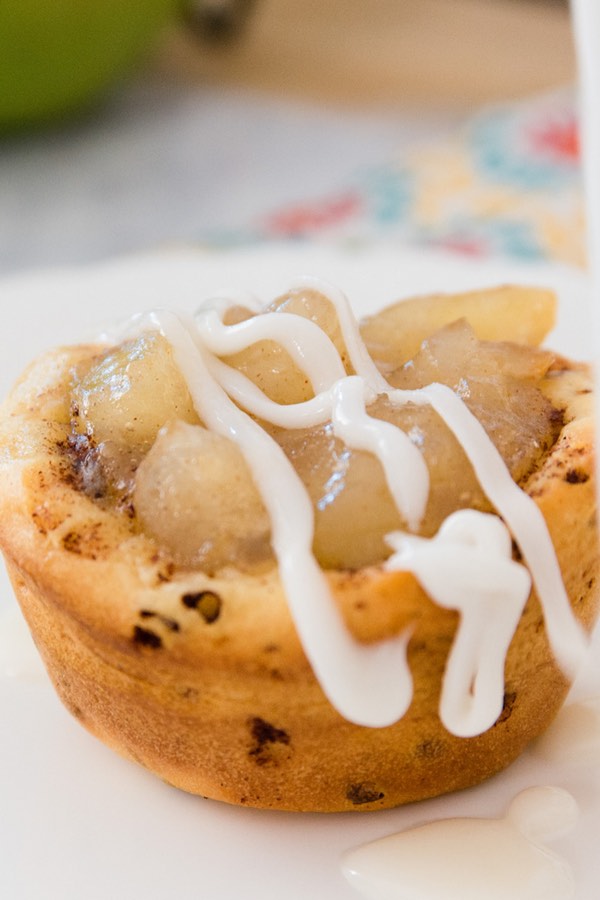 What could be better than apple pie with a cinnamon roll crust? This bite-size dessert is comforting and satisfying, yet one of the easiest desserts on the site. Plus, you can control portions since each cup is only 200 calories.

These apple pie cups are ready in about 25 minutes using just 3 ingredients. Try serving them warm out of the oven topped with ice cream or with a drizzle of icing! You can also freeze them for snacks and pack lunches later on.

For serving, try topping with the packaged icing or some vanilla ice cream. Caramel sauce is another great option. 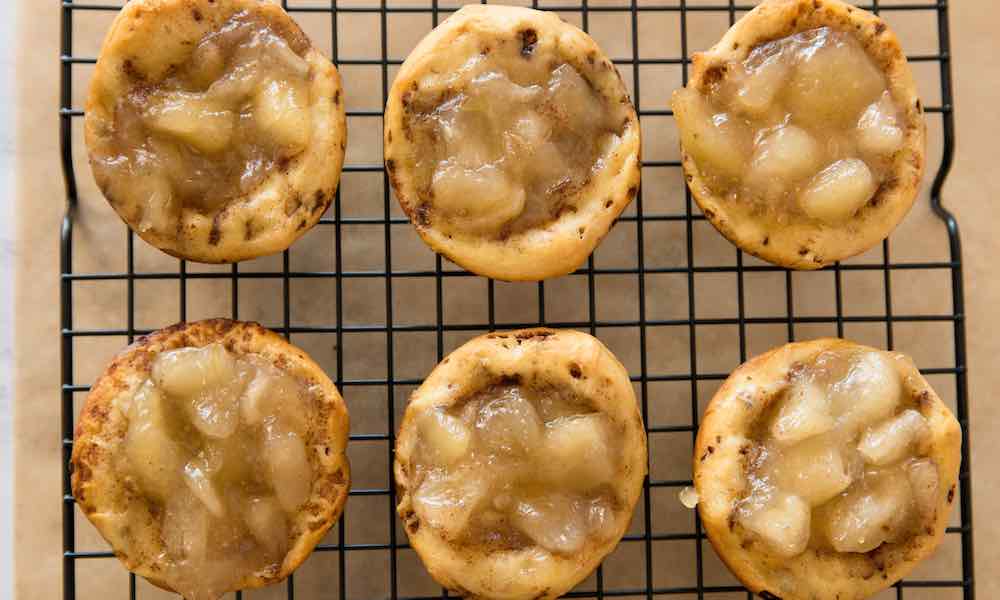 To make them, grease a 12-cup muffin pan with nonstick baking spray or oil. Then open the cinnamon roll package and flatten one roll slightly on a floured work surface. Press it into a muffin cup with your fingertips and repeat until all cups are filled.

Spoon apple pie filling into each cup about 3/4 full to allow for slight expansion of the cinnamon rolls during baking. Bake at 375°F (190°C) for 15-18 minutes until puffy and golden. (If you’re using a different brand than Pillsbury cinnamon rolls, then use the oven temperature and baking time specified on the package directions.) 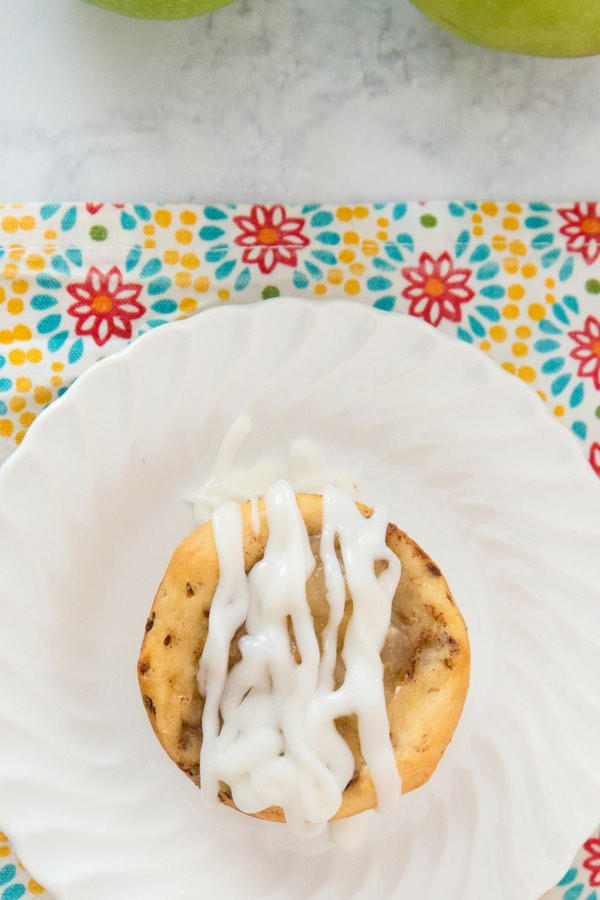 Can I make homemade filling? Yes, you can simmer slices of fresh apples combined with butter, lemon juice, cinnamon and sugar in a saucepan until soft (see recipe notes below).

Can I use a mini muffin pan? I don’t recommend a mini-muffin pan, since you can’t fit much filling into each cup given the thickness of the dough.

Note: The video states 350°F but the correct baking temperature is 375°F. 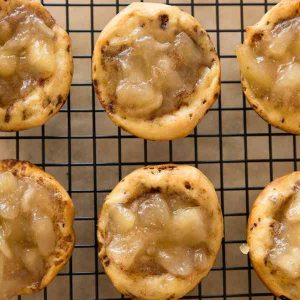