Boiled Corn on the Cob

Learn how long to boil corn on the cob to make sweet and tender corn. Boiling corn on the cob is perfect for backyard bbqs and other get-togethers, and it only takes minutes to make. Serve it hot with butter and salt for a delicious side dish or appetizer everyone will love! 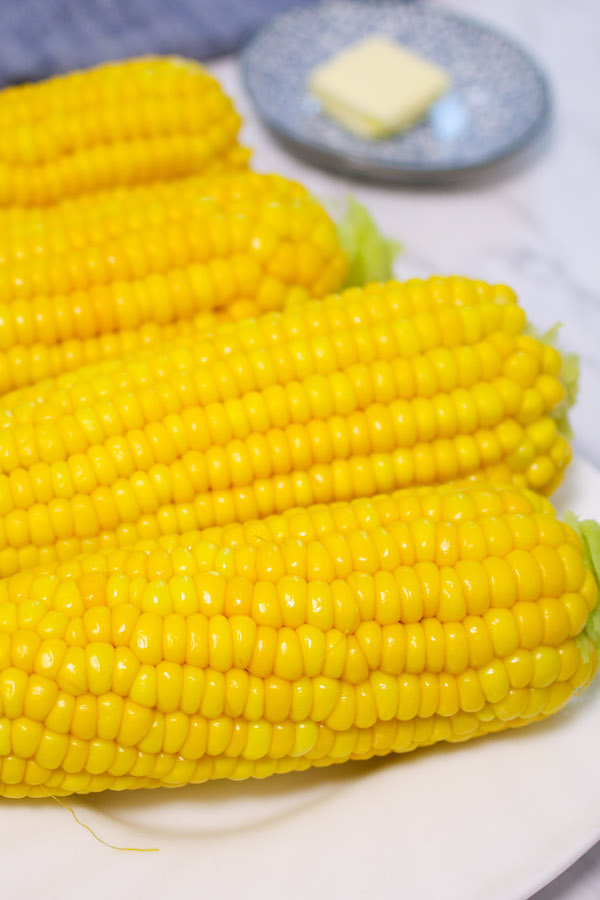 Boiling corn on the cob is one of the easiest ways to cook sweet corn, especially when you need to make it in quantity. Other options include steamed, baked, microwaved or grilled corn. Kids enjoy it as much as adults, and it works beautifully when you’re entertaining guests who may be vegetarian or vegan.

Serve corn on the cob as a side dish for bbq mains like chicken, pulled pork and steak. Corn is also great to put out as an appetizer while the other dishes are cooking. When you feel like boiling corn with other ingredients, give this delicious shrimp boil a try. 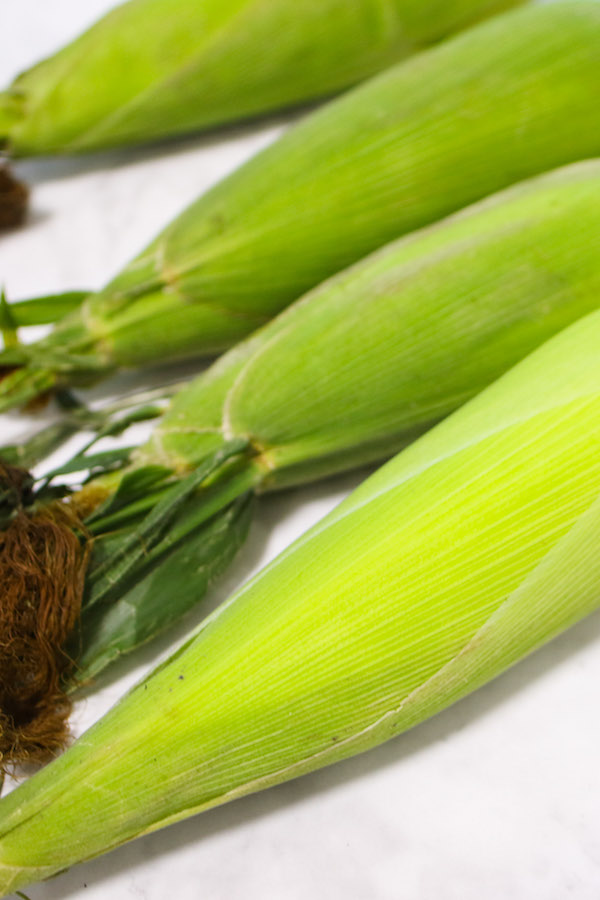 HOW TO BOIL CORN ON THE COB

The peak season for American sweet corn is May through September. It’s best to go to farmers markets or farm stands and ask them when the corn was picked. They’ll usually tell you, but when you have to decide for yourself then look for:

It’s also good to peel back the tassel a few inches to inspect the kernels, which should be bright-colored and free of worm holes. Brown spots on the outside or inside are usually warning signs of inferior corn. 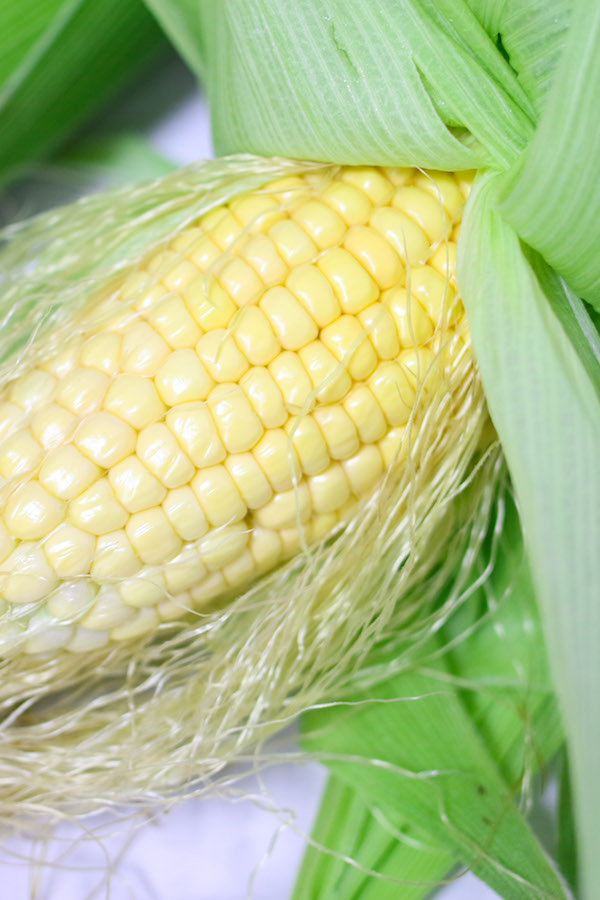 HOW LONG TO BOIL CORN ON THE COB

How long you boil corn depends on the freshness of the corn! That’s because freshly picked corn only needs brief exposure to heat to activate its sugars for a great taste. Cooking longer converts the sugar to starch, which is not so flavorful!

As the days pass after picking, the kernels firm up and require more cooking time to soften. Here’s a quick guideline on how long to boil corn based on freshness:

A lot of people use a 20 minute rule, but it’s really excessive unless you’re cooking tough old corn. Think of it like cooking a steak until it’s well-done – you can do it, but it’ll be tougher. In the same way, fresh corn will lose some of its texture and flavor after 20 minutes of boiling. 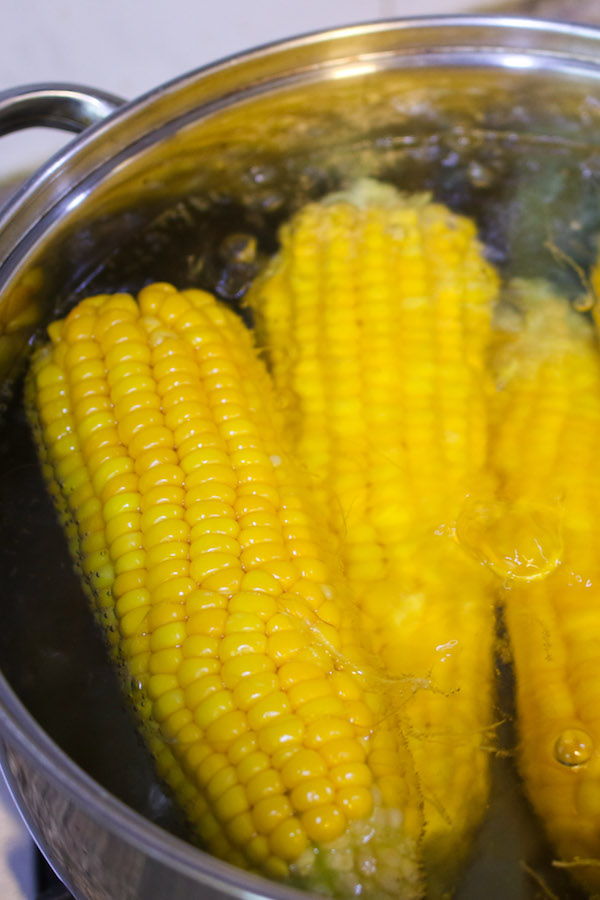 When is boiled corn on the cob done?

The corn on the cob is cooked when the kernels are tender and its color has brightened up. Try poking the corn in the pot with a wooden spoon, and it should have the firmness of an orange when cooked vs. an apple when still undercooked.

When sweet corn is overcooked, the kernels will look flat and worn instead of plump and juicy. The texture becomes chewy without much flavor. 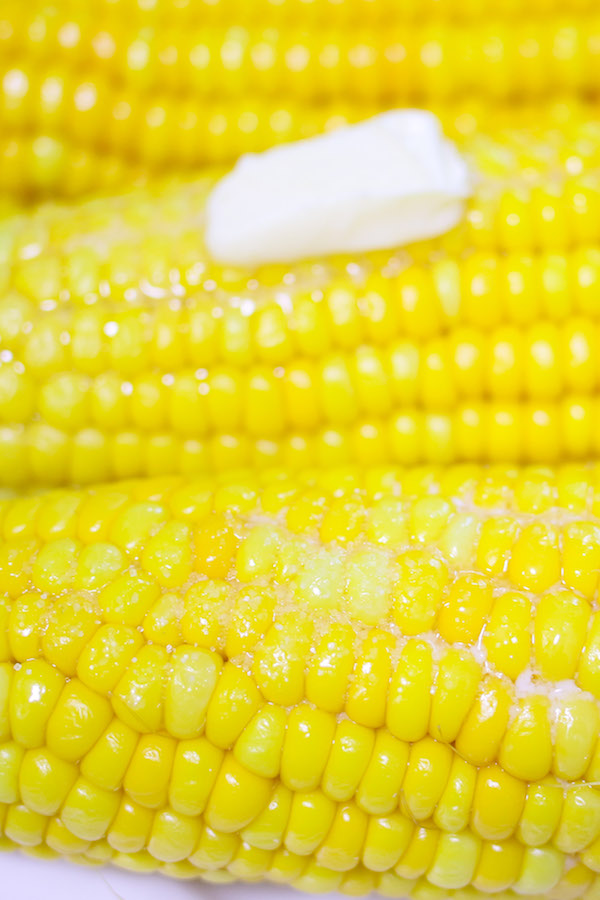 Corn on the cob will stay warm on a plate for 15-20 minutes. If you need more time, drain the water from the pot and keep it covered in the pot, or covered with foil on a platter.

While freshly cooked is always best, there are several easy options for reheating boiled corn on the cob: 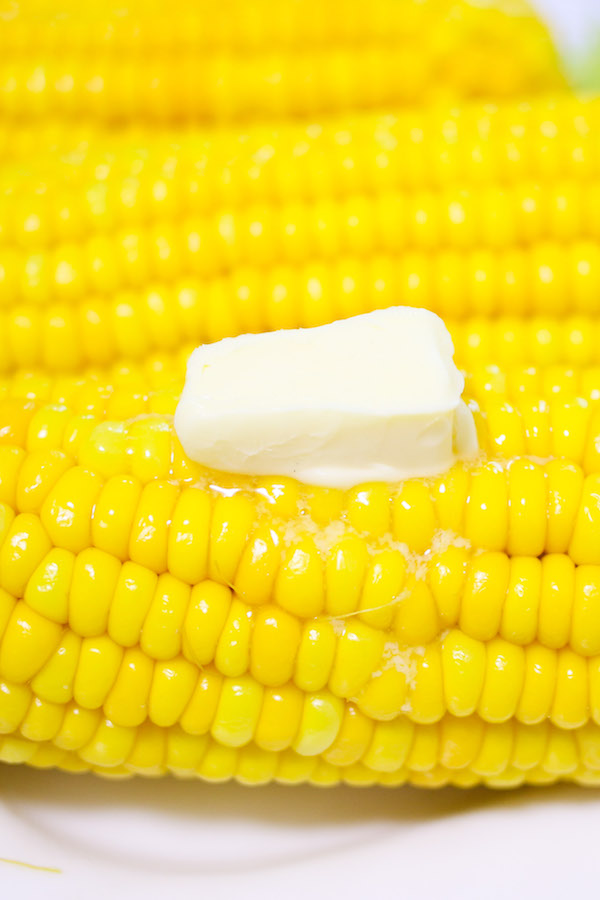 TIPS FOR BOILING CORN ON THE COB 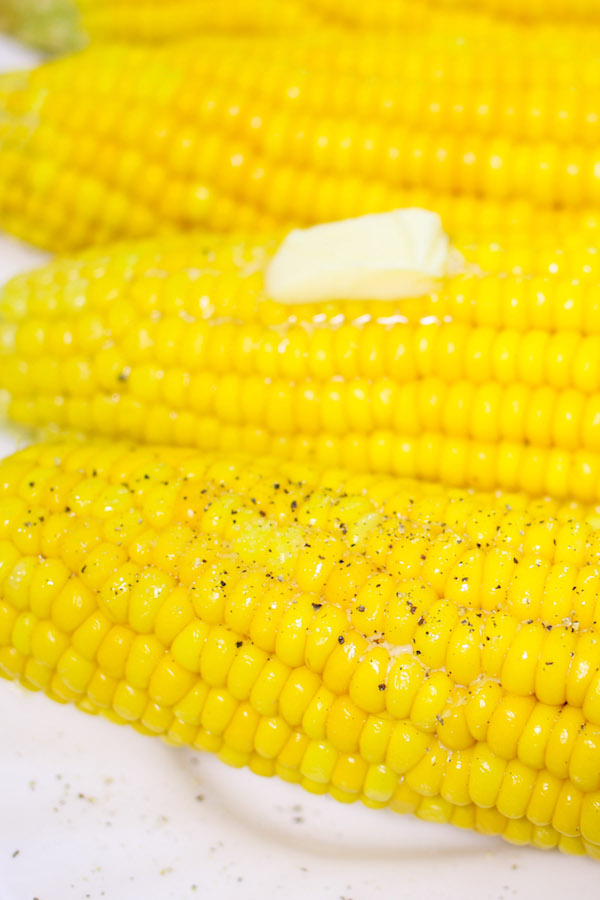 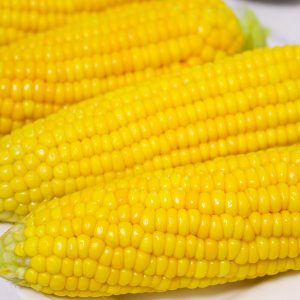 Boiled Corn on the Cob

Learn how long to boil corn on the cob to make the sweetest and tastiest corn that everyone will love. Boiling corn on the cob is perfect for backyard bbqs and other get-togethers, and it only takes minutes to make. Serve it hot with butter and salt as a delicious side dish or appetizer.
Prep Time: 5 mins
Cook Time: 10 mins
Total Time: 15 mins
Servings: 6 servings

Author: TipBuzz
Course: Appetizer, Side Dish
Cuisine: American
Keyword: boiled corn, how long to boil corn on the cob, how to boil corn
Did you make this recipe? Leave a comment below!

EQUIPMENT FOR BOILING CORN ON THE COB

2 comments on “Boiled Corn on the Cob”