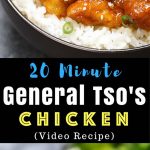 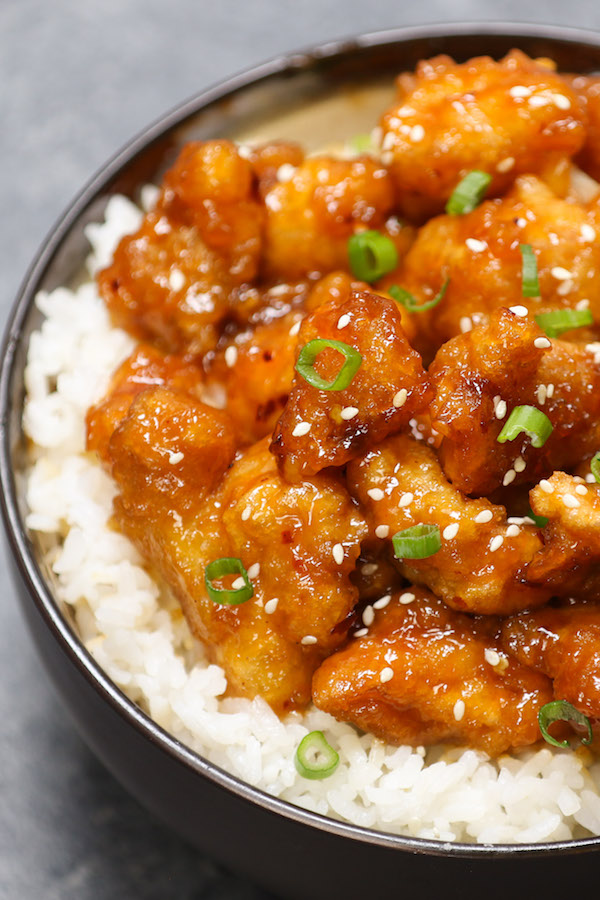 Why get Chinese food take out when you can make this delicious General Tso’s chicken that’s healthier with much fewer calories right at home! It’s coated with cornstarch and pan fried instead of deep fried.

General tso recipe is one of our favorite Chinese chicken recipes along with its close relatives Sesame Chicken,  Orange Chicken and Lemon Chicken. 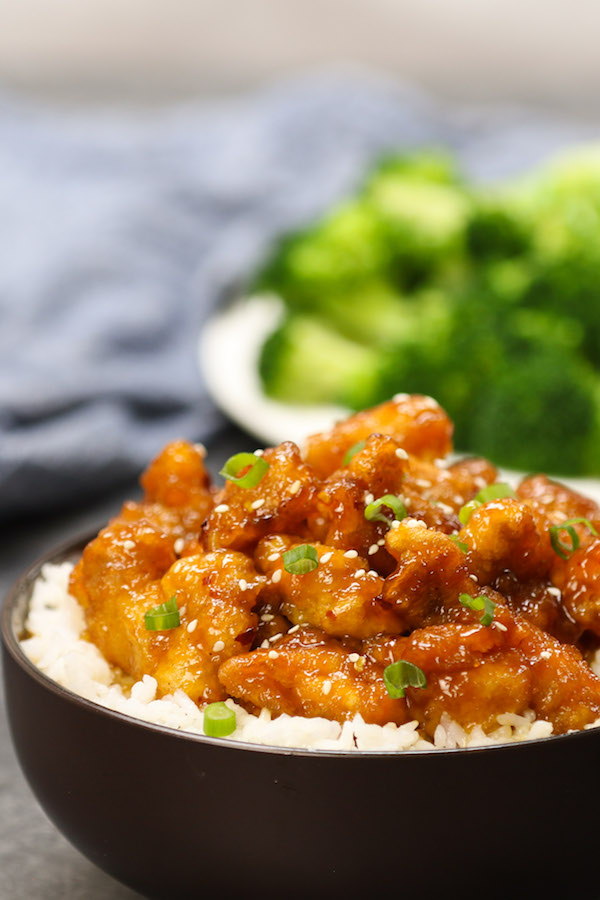 WHAT IS GENERAL TSO’S CHICKEN

General Tso’s Chicken goes by many names such as general tso chicken, general gau chicken and general tao chicken. It was originally named after a Chinese military leader from the Qing dynasty.

It’s deep-fried crispy chicken coated in a sticky sweet and sour sauce with a slightly spicy kick. The history goes back to 1970s in New York and has since become the most popular Chinese takeout food in America. This lighter version is stir-fried instead of deep-fried for a healthier meal option. 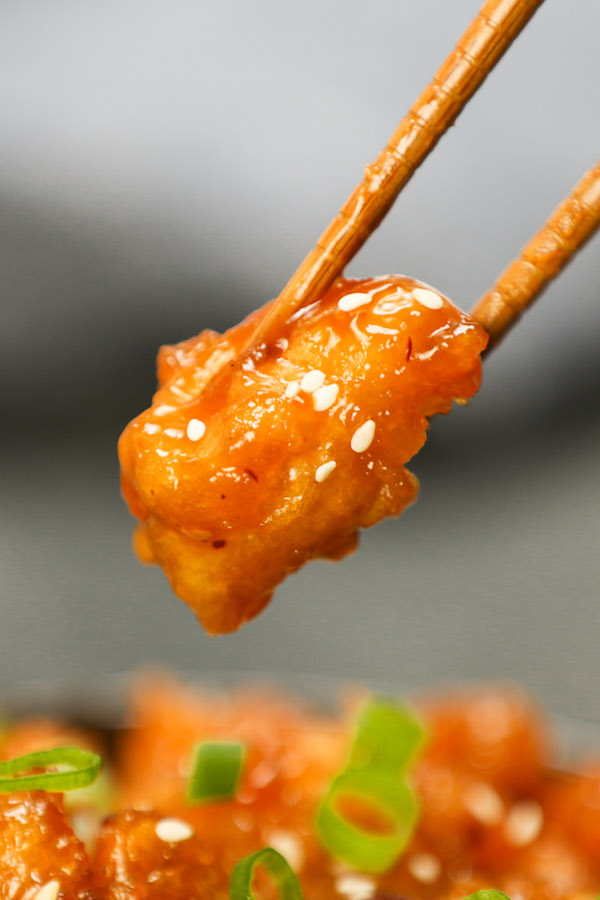 This General Tso chicken sauce recipe is close to authentic sauce from Panda Express restaurant. It uses minimal ingredients you already have in your pantry or refrigerator! 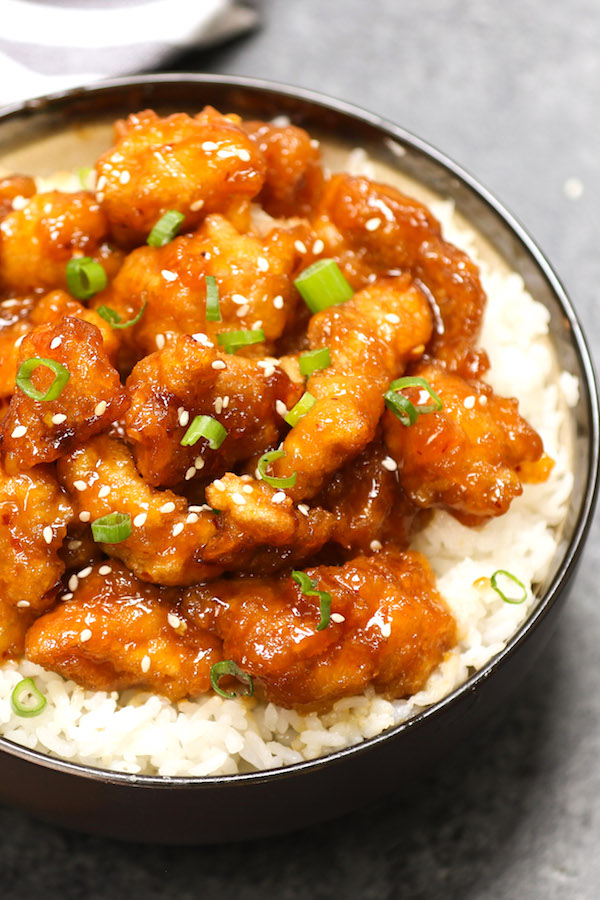 HOW TO MAKE GENERAL TSO’S CHICKEN

Garnish your chicken with sesame seeds and sliced green onions. It is perfect as a quick weeknight dinner and serve with rice and steamed broccoli or your favorite vegetables.

Below is a picture showing you the entire cooking process: 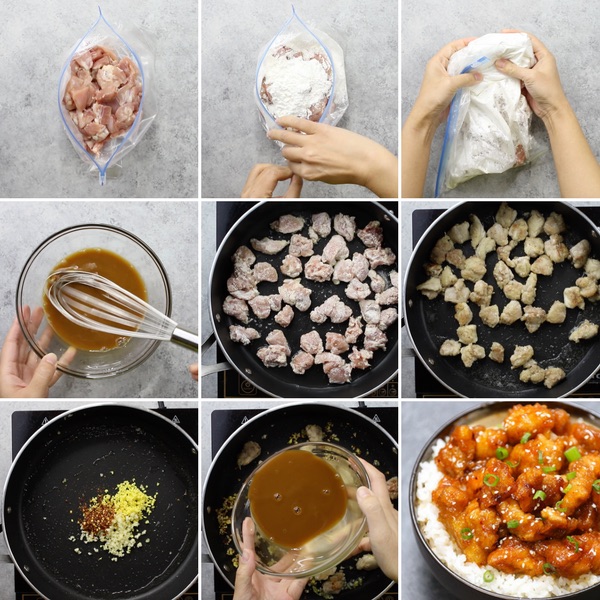 CAN I COOK GENERAL TSO CHICKEN IN A SLOW COOKER?

Yes, Crock Pot General Tso’s Chicken is easy to make and use the same ingredients. Follow the steps to cook the chicken and sauce from this recipe, and then add them all to the crockpot. Cook for 4 hours on low heat. 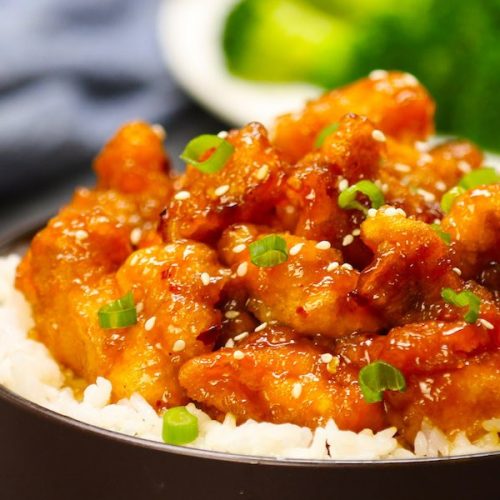 Print Save RecipeView Saved Recipes
4.2 from 20 votes
Leave a review »

« Previous PostCarne Guisada
Next Post » How Long to Boil Shrimp