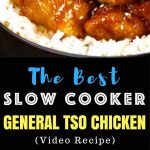 Crock Pot General Tso’s Chicken has crispy pieces of fried chicken cooked with a sweet tangy sauce in the slow cooker. It’s totally irresistible and easy to make ahead of time for a weeknight dinner or a party!

This homemade slow cooker version is healthier than your typical takeout, but still just as tasty! The sauce intensifies inside the crock pot, but it also thickens due to the cornstarch creating irresistible sweet and tangy flavors… 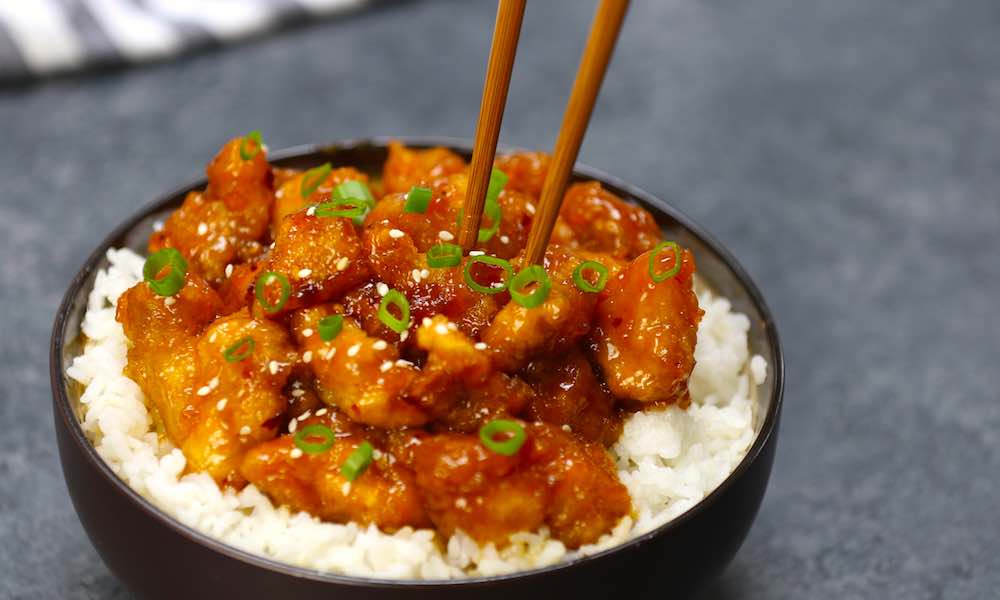 Unlike the traditional deep-fried version, this slow cooker version applies a thin breading to the chicken cubes. All you need to do is to mix the chicken with salt, pepper and cornstarch in a ziplock bag.

Step 3: Stir-fry Chicken in a Skillet

In a large skillet or wok over high heat, sauté the chicken cubes. Cook the chicken in two batches so that it’s not too crowded. Once the chicken pieces turn golden brown, transfer them to the crock pot.

Note: You can skip Step 2 and 3 if you are in a rush. These two steps will make your chicken slightly crispy on the outside and more tender on the inside.

Add the garlic, hoisin sauce, soy sauce, rice vinegar, honey and water to the slow cooker. Then cook for 4 hours on low heat. You may want to cook rice separately at this time too. 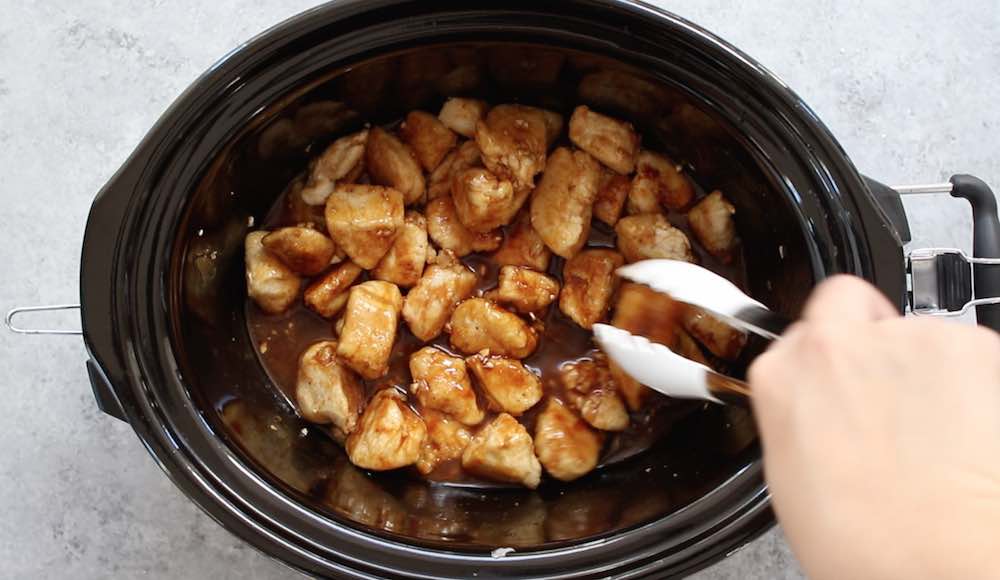 Step 5: Toss Chicken with the Sauce

Once it’s done, toss the chicken with the sauce. Garnish with sesame seeds, sliced green onions and chili peppers. Serve with rice and broccoli.

Note: if your sauce is not as sticky as you want, add 1 tablespoon cornstarch and cook on high until the sauce thickens up.

Here’s a summary of the cooking process: 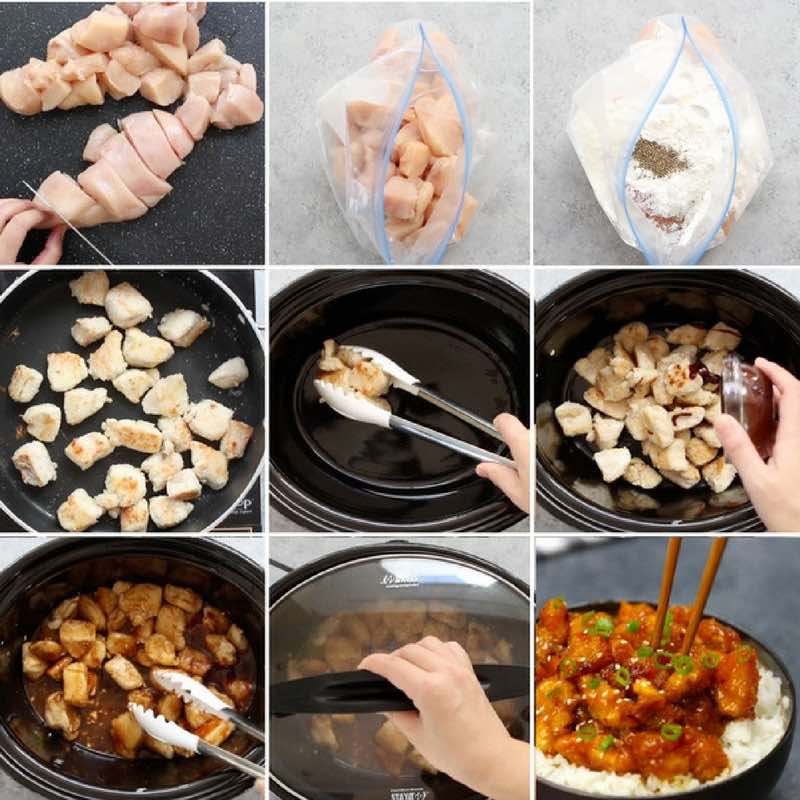 Special Ingredients for this Recipe

How Can I Get Crispier General Tso Chicken?

Slow Cooker General Tso’s Chicken is less crispy than what you’ll find at your favorite restaurant. To make it extra-crispy, deep frying is the best approach. Just marinate chicken pieces with eggs or sauce and then coat with cornstarch, you can follow the steps in this recipe.

Deep fry it by heating 4 cups of oil in a deep-fryer or saucepan to 375°F. Add chicken cubes into the oil in batches, and cook until they turn golden brown. This way, you will get extra-crispy General Tso Chicken exactly like in a restaurant or takeout. 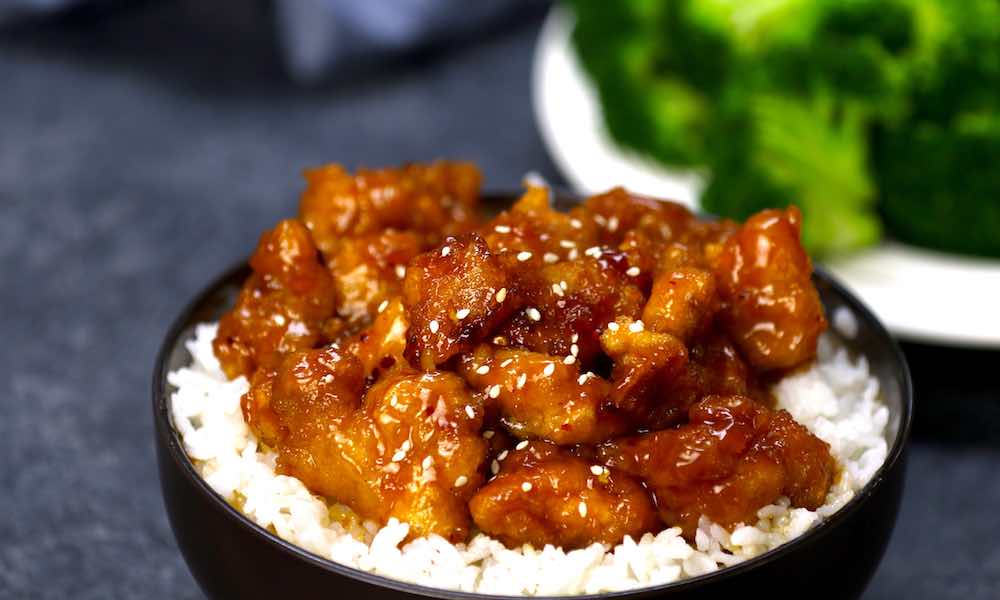 What is General Tso’s Chicken?

General Tso’s Chicken, 左宗棠鸡 (Zuo ZongTang Chicken) is a Chinese dish where chicken pieces are fried to golden brown, and then tossed with sweet and tangy General Tso’s sauce.

It first appeared in New York as a Chinese-American dish in the 1970s and has been popular ever since. While it’s widely known in America, most people in China are not aware of this dish. 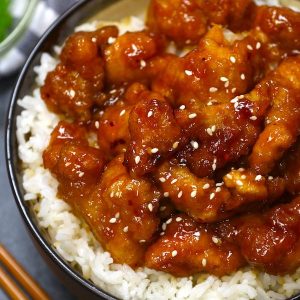