These Fried Apple Pies are a McDonald’s copycat but even better. They feature homemade apple pie filling wrapped in tortillas and deep fried to crispy perfection. Delicious and easy to make in 20 minutes! 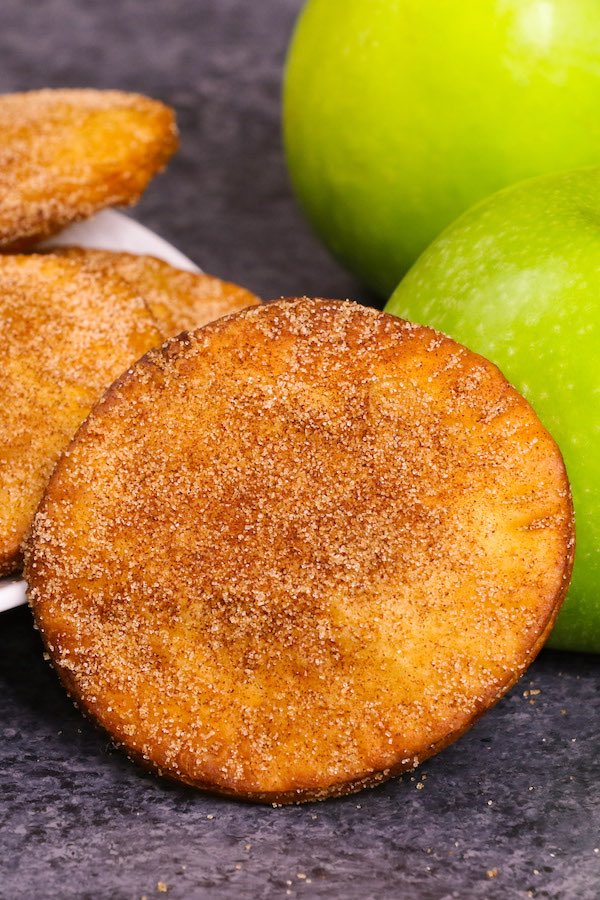 Who knew you could DIY your favorite McDonald’s apple pie? This homemade version will satisfy your cravings, plus the dusting of cinnamon sugar takes this dessert to an entirely level!

These apple hand pies are perfect for snacks, parties and even picnics! The secret is using flour tortillas instead of a traditional pie crust. Not only are there fewer calories, but it’s faster and easier than rolling out pastry. 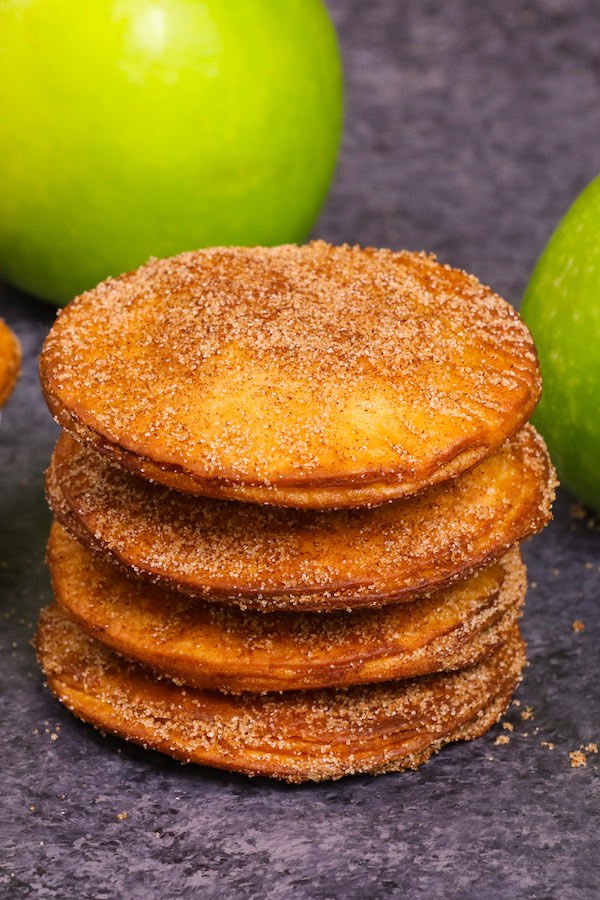 How to Make Fried Apple Pies

Apple Pie Filling: You can always use canned filling if you’re in a hurry, but it only takes a few minutes to make your own. Peel and dice the apples and mix with lemon juice, cinnamon and sugar. Then sauté over medium heat until soft and remove from the heat.

Pie Crust: Grab some tortillas (larger the better) and a 4-5 inch circular cookie cutter. Then cut 5 circles out of each tortilla. If you prefer using pastry instead, you can use store-bought or make your own pie dough.

To assemble the pies, add a large spoonful of filling to the middle of each tortilla, leaving at least a 1/2-inch of space around the edges. Brush the edges with beaten egg and press another circle on top to seal.

Then deep fry the apple pies in 3 inches of oil at 375°F until golden brown, about 2-3 minutes per side. Dip in cinnamon sugar and serve warm! Here’s what the process looks like from start to finish: 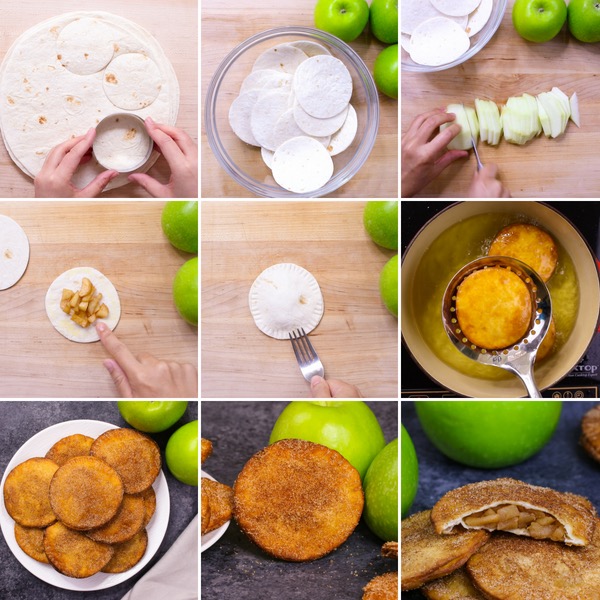 This tutorial shows how to make fried apple pies from start to finish:

Are They Healthier than McDonald’s?

According to the McDonald’s website, their baked apple pies have 270 calories each with 14 grams of fat. In comparison, this homemade version has approximately 160 calories with 9 grams of fat, so it is slightly better for you even though it’s still an indulgent dessert.

How to Serve Fried Apple Pies

This dessert is best served warm either on its own, or with ice cream and/or caramel sauce for dipping! 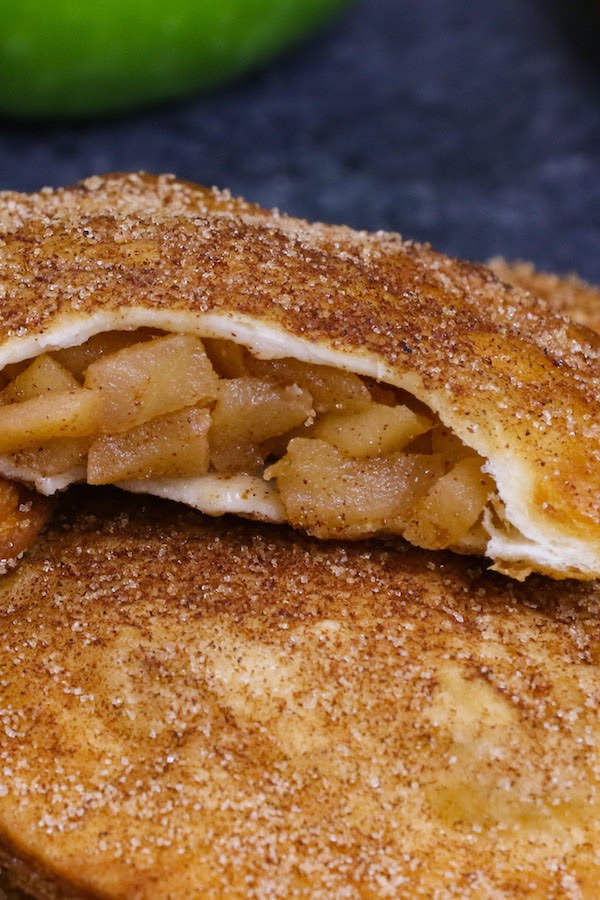 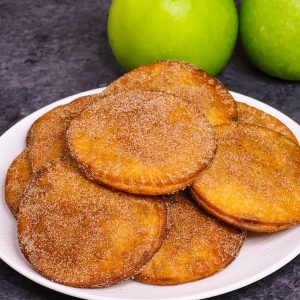 Fried Apple Pies - soft and sweet on the inside and crispy and flaky on the outside, the easiest dessert that takes less than 20 minutes! Totally irresistible!
Prep Time: 10 mins
Cook Time: 10 mins
Total Time: 20 mins
Servings: 12 servings