This Crock Pot London Broil is moist and tender with mouthwatering flavors. You only need 10 minutes of prep before the slow cooker goes to work. Simply add potatoes and vegetables for an easy one-pot meal! 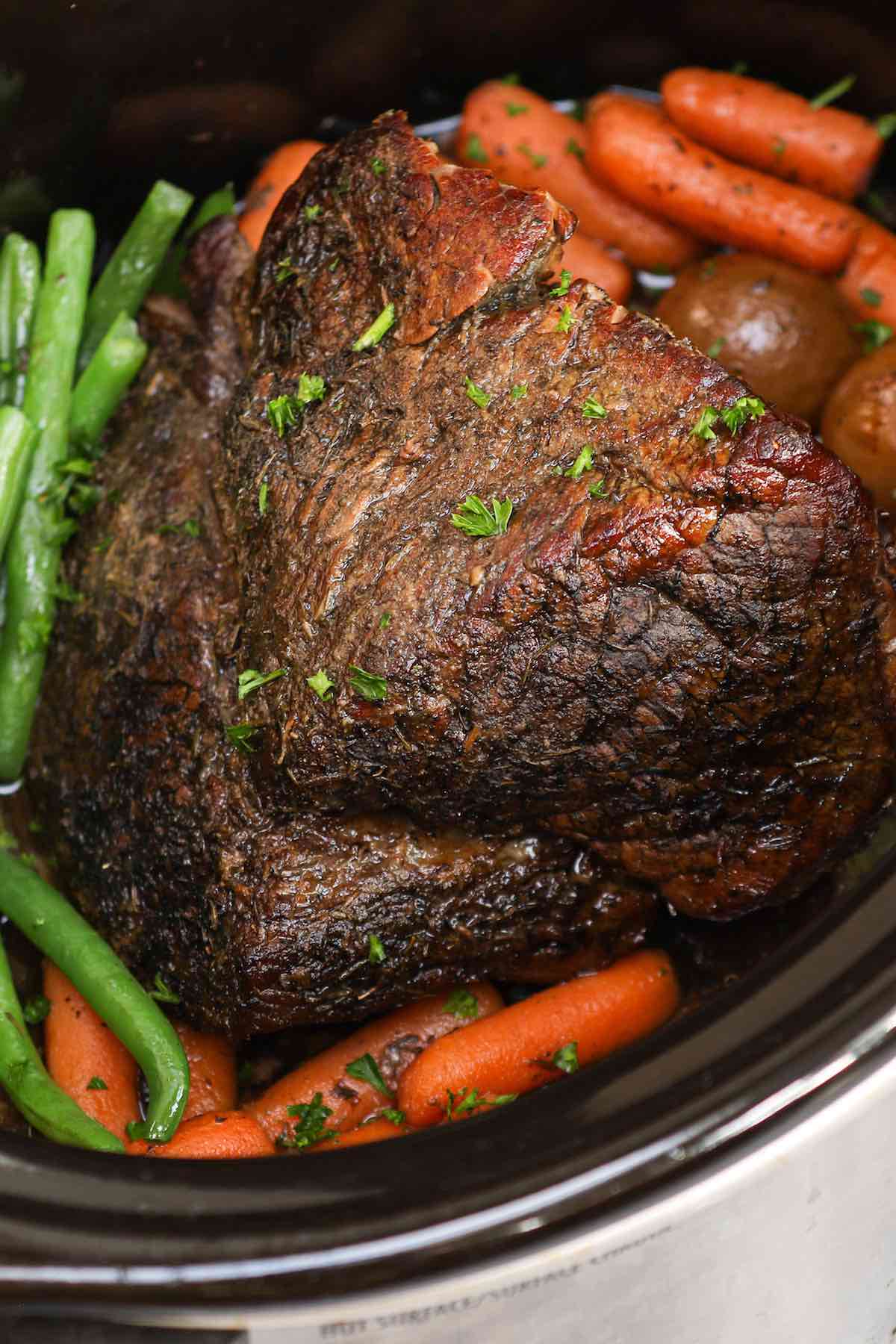 London broil is always a source of curiosity with its fancy name and affordable price. While the traditional London broil recipe calls for broiling the beef in the oven, slow cooking makes it even more tender without the need for marinating.

All you need to do is throw the ingredients into the crock pot and forget about it until dinner time. So let’s get this started!

What is London Broil?

London Broil is not an actual cut but rather a preparation method whereby top round or flank steak is marinated, broiled and cut against the grain into strips. It’s an American dish in spite of the British-sounding name!

Supermarkets jumped in on the action by labelling cuts of meat as London broil, with slow cooking and other adaptations following the rise in popularity. The lean cuts become flavorful and tender due to the braising action of the slow cooker. 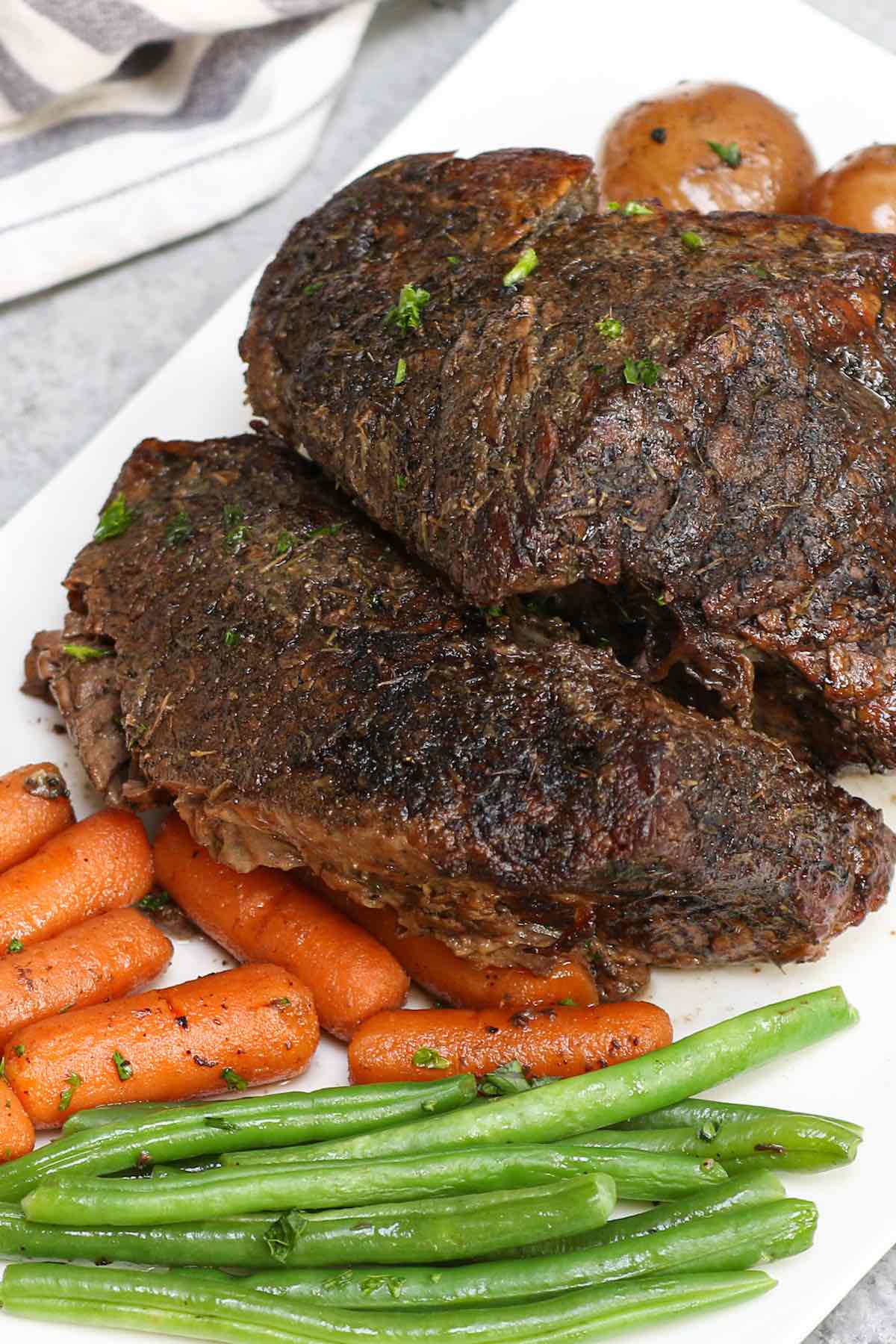 Here are the key ingredients you’ll need to make it:

This is a dump-and-go recipe with the option of quickly pan-searing the meat beforehand for extra flavor. If you’re unfamiliar with crock pots, read about how to use a slow cooker.

Put everything in the crock pot and cook on Low for 6-7 hours or on High for 3-4 hours. If you’d like potatoes or carrots, add them to the crock pot an hour before serving. Green beans should go in 30 minutes out and with a flour-water slurry to thicken the juices into gravy if you like.

Slice the meat against the grain and drizzle crock pot juices on top to serve! 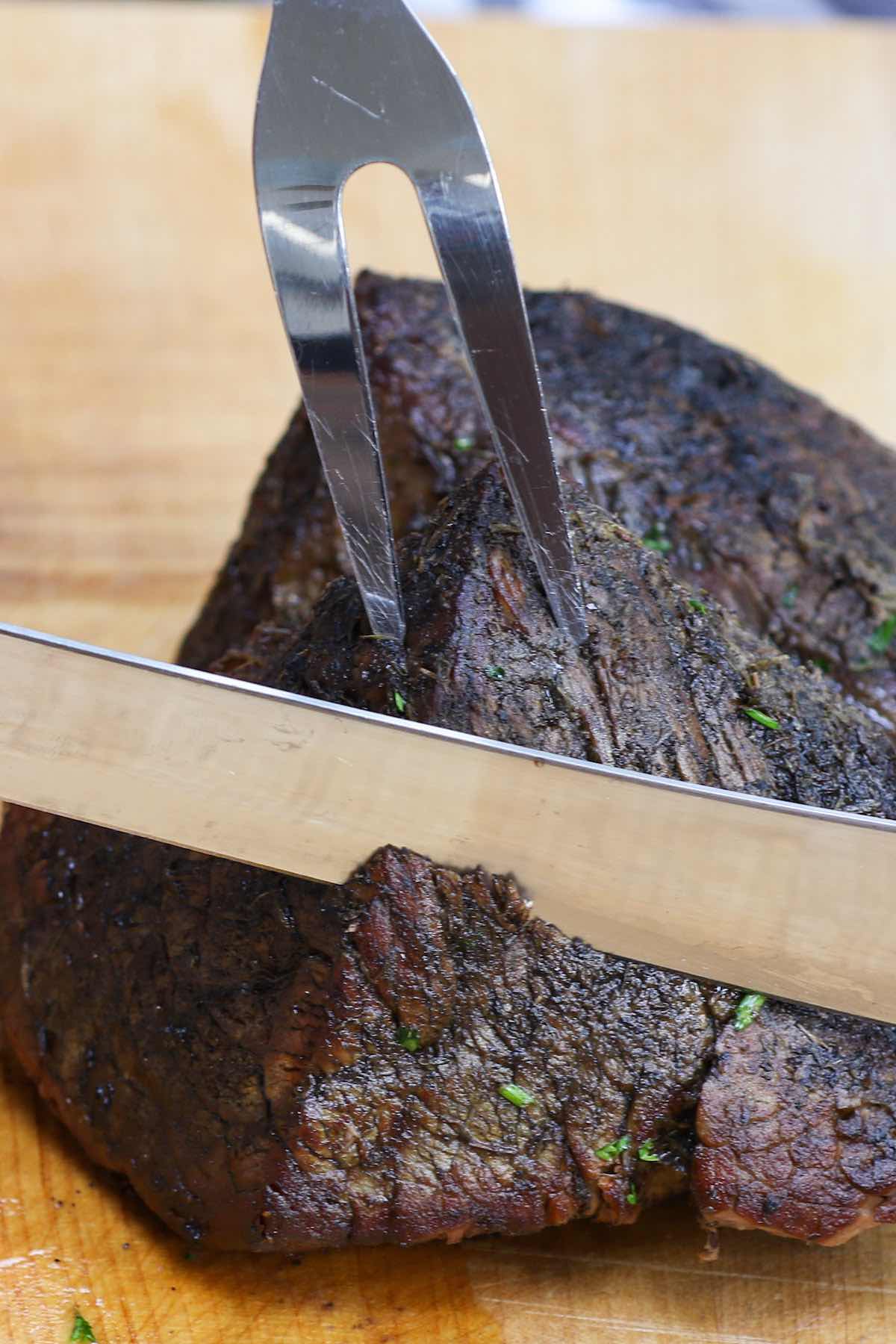 How Long to Cook London Broil in a Slow Cooker?

London Broil takes 6-8 hours on Low or 3-4 hours in High depending on the size of the roast. However, it will be more tender if cooked on Low. Also, check the tenderness an hour ahead, since there can be variation from one crock pot to the next.

How to Store Leftover London Broil?

Once the meat has cooled completely, you can store it an airtight container in the fridge for up to 4 days. Pour the gravy on top to cover as much meat as possible.

Leftovers also freeze well for up to 3 months. You can reheat gently on the stovetop, and they make fabulous sandwiches too.

What to Serve with London Broil

This London Broil recipe has its own gravy and it’s easy to pair with various side dishes: boiled potatoes, mashed potatoes, steamed rice, cauliflower rice, broccoli, mushrooms, corn on the cob, green beans and more!

You can simply add the vegetables to the slow cooker halfway through, or cook them separately on the stove. 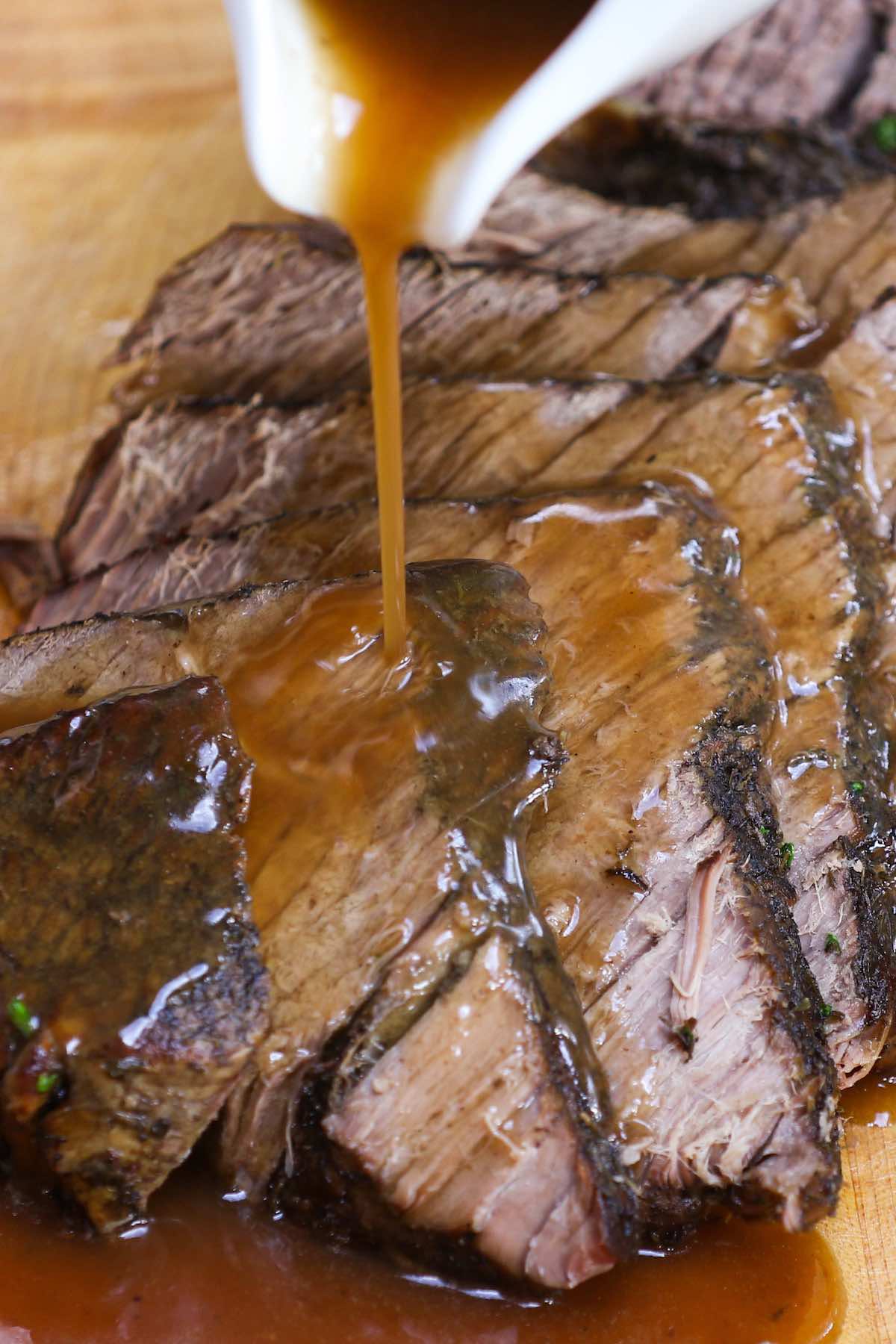 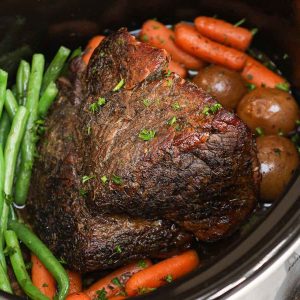 This London Broil is cooked in the crock pot for a delicious pot-roast style meal! It only takes 10 minutes of prep before the slow cooker works its magic. Add potatoes or vegetables to this recipe to make a delicious one-pot meal!
Prep Time: 15 mins
Cook Time: 6 hrs
Total Time: 6 hrs 15 mins