London Broil is a flavorful dinner that’s easy to make! It consists of top round or flank steak that’s marinated for at least 6 hours before being broiled to perfection in the oven. It’s great for a weeknight dinner or feeding a crowd on a budget! 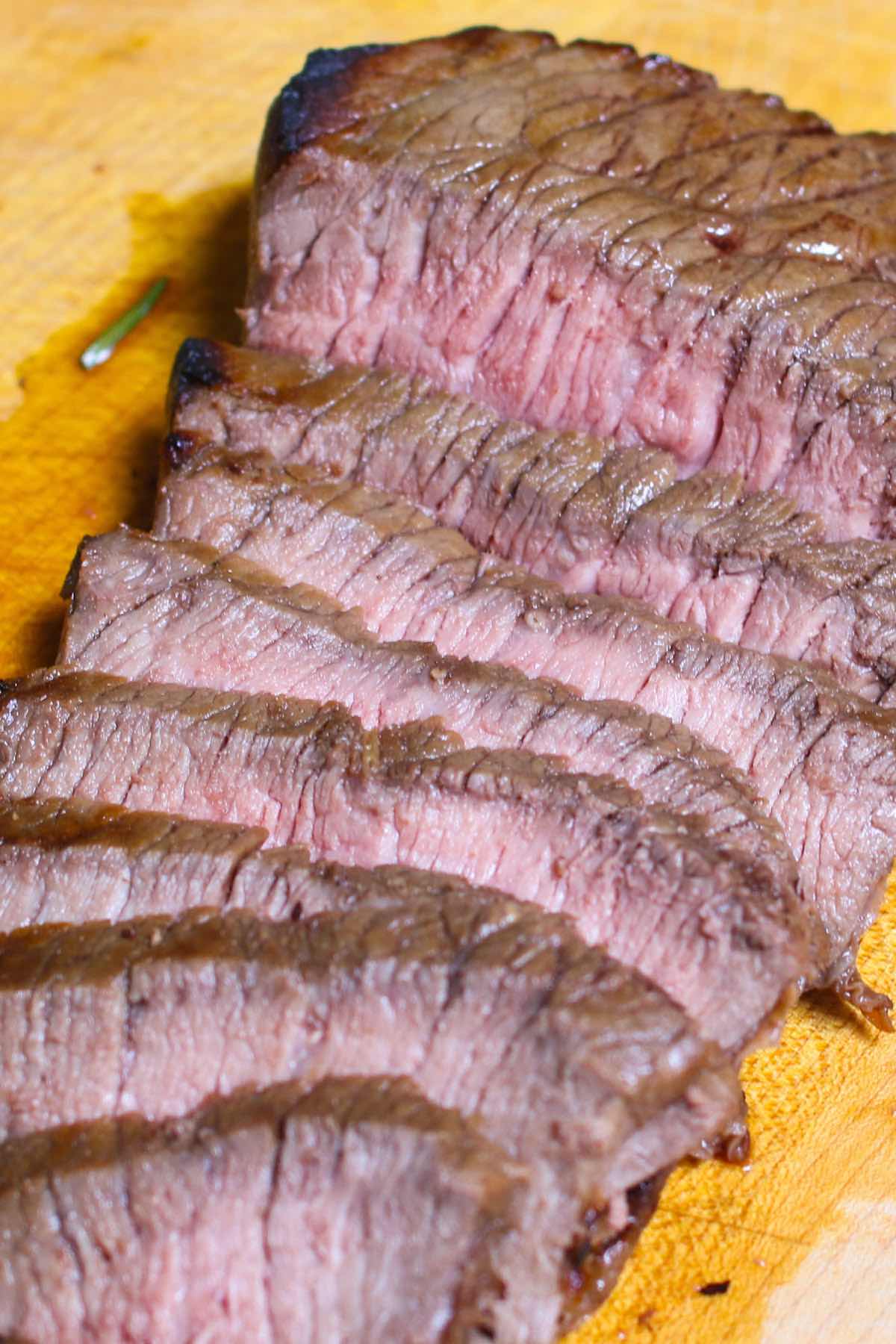 When properly cooked and seasoned, a London broil transforms a cheap and tough piece of steak into a mouth-watering tender, juicy and flavorful gourmet meal.

What cut of meat is used for London broil?

Rather than being a cut of meat, London Broil is a dish that’s made by marinating a lean and tough cut of steak and broiling under high heat. In spite of the British-sounding name, it’s actually an American dish!

The traditional London Broil recipe calls for flank steak, but top round is more commonly used today. Sirloin steak can also be used. If you will see a cut labeled “London Broil” at the grocery store, it’s usually either a top round roast or top round steak. 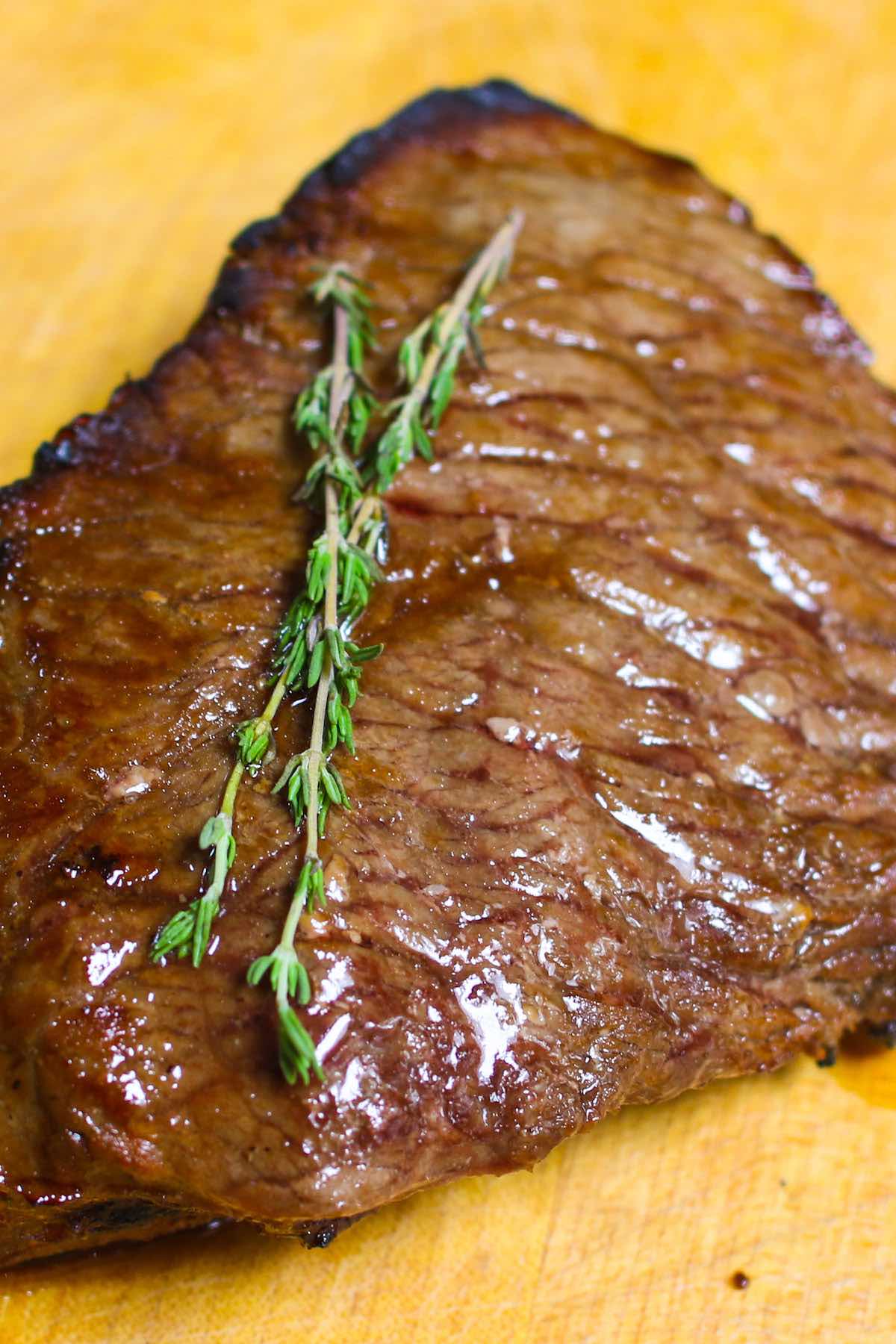 While top round is flavorful and affordable, it’s also rather tough. Therefore, it needs extended marinating to break down fibers in the meat. The secret to a perfect London broil is a great marinade, plus allowing enough time for the meat to marinate and become tender!

After trying different marinades, here is my favorite marinade as it’s savory, tangy and slightly sweet, without overpowering the natural beefy flavor: 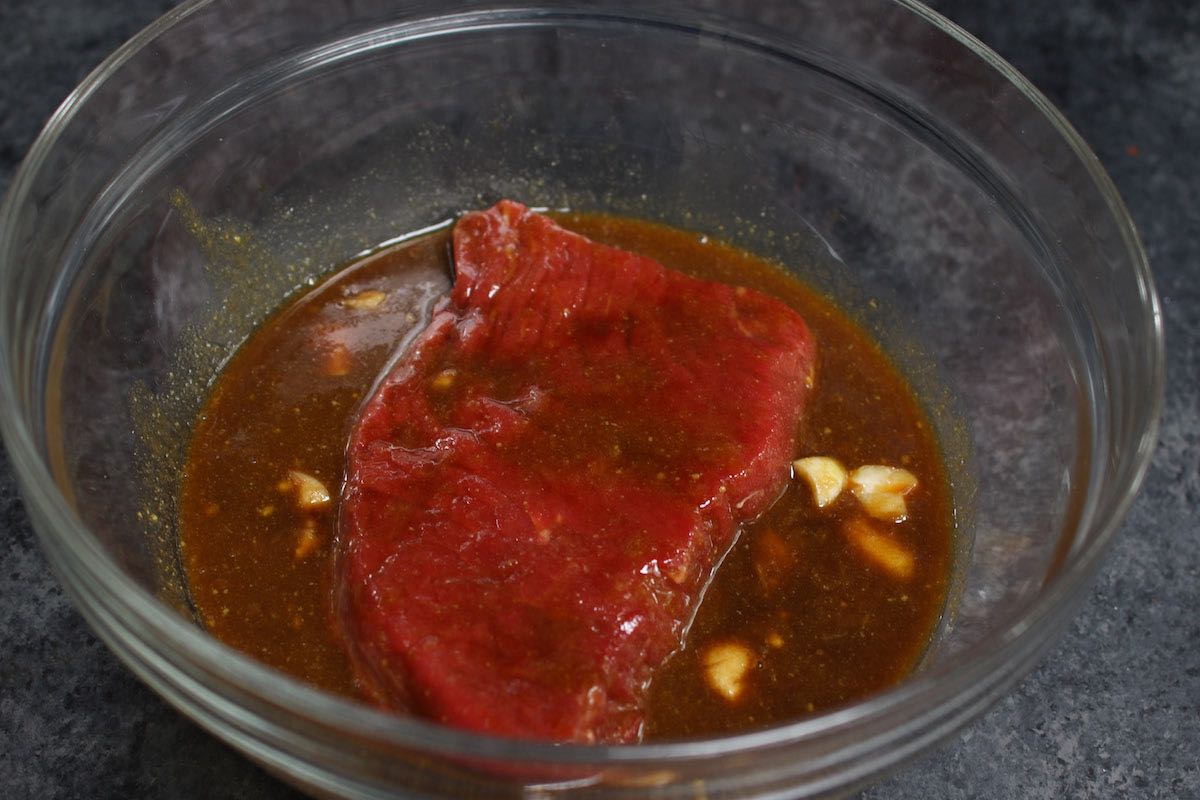 It’s best to marinate for at least 6 hours and no more than 12 hours, either in a bowl or in a ziptop bag. 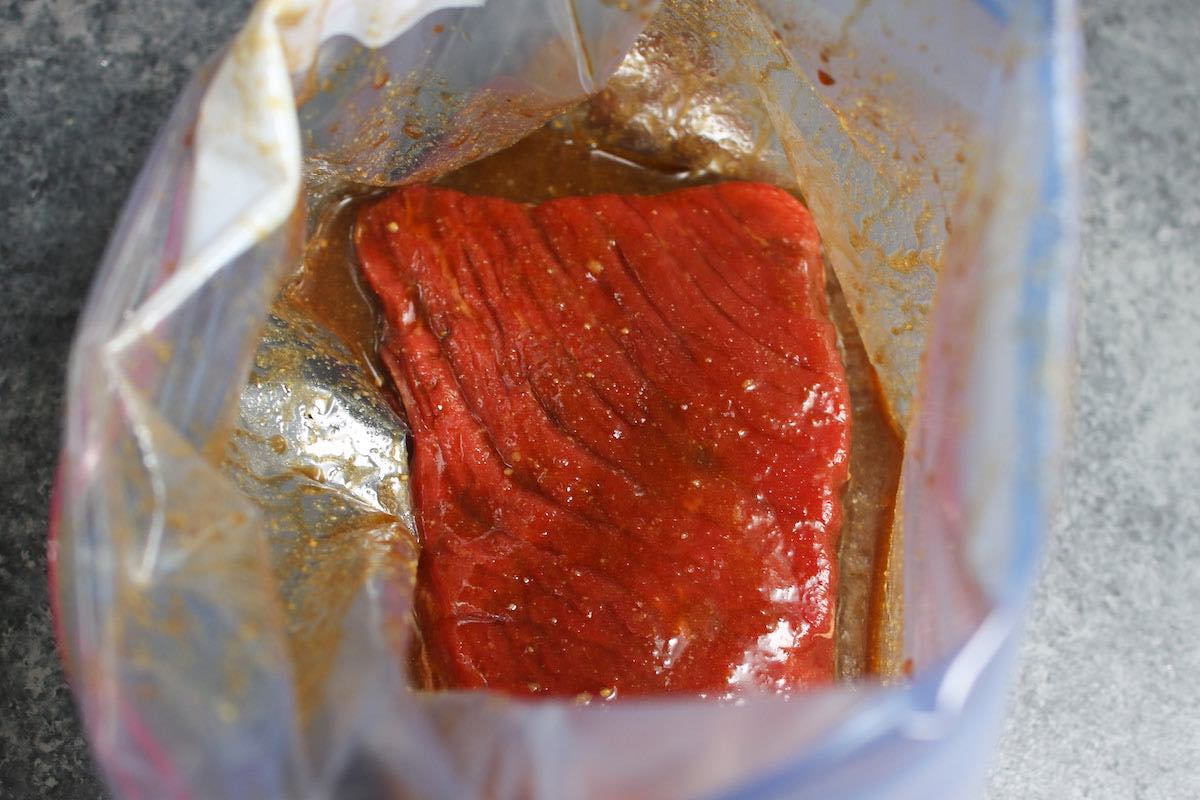 How to cook a perfect London broil

Unlike ribeye or porterhouse steak, you need to plan ahead and allow enough marinating time. I usually spend less than 5 minutes to whisk together the marinade ingredients in a mixing bowl. Then add the beef, cover and let it rest in the fridge.

When I come home in the evening, I take the beef out and preheat the broiler. I recommend wiping off liquid and scraping off excess marinade first. Broil for 5-7 minutes per side for a 1 ½-inch thick cut. I like my steak medium-rare, so broil it to an internal temp of 125°F. Never cook it beyond medium, as it will become tough and chewy.

I always cover the broiled steak with aluminum foil and let it rest for 5-10 minutes before cutting to allow the juices to redistribute. Slice crosswise against the grain to serve. 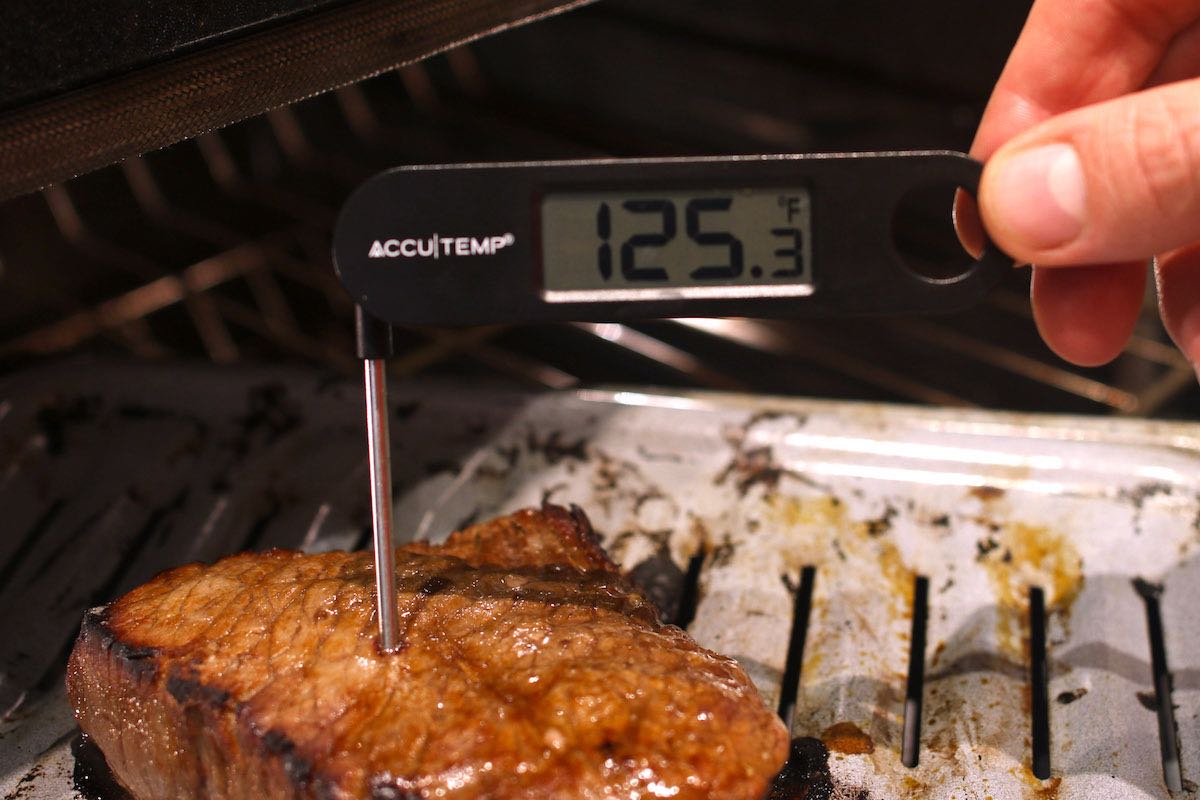 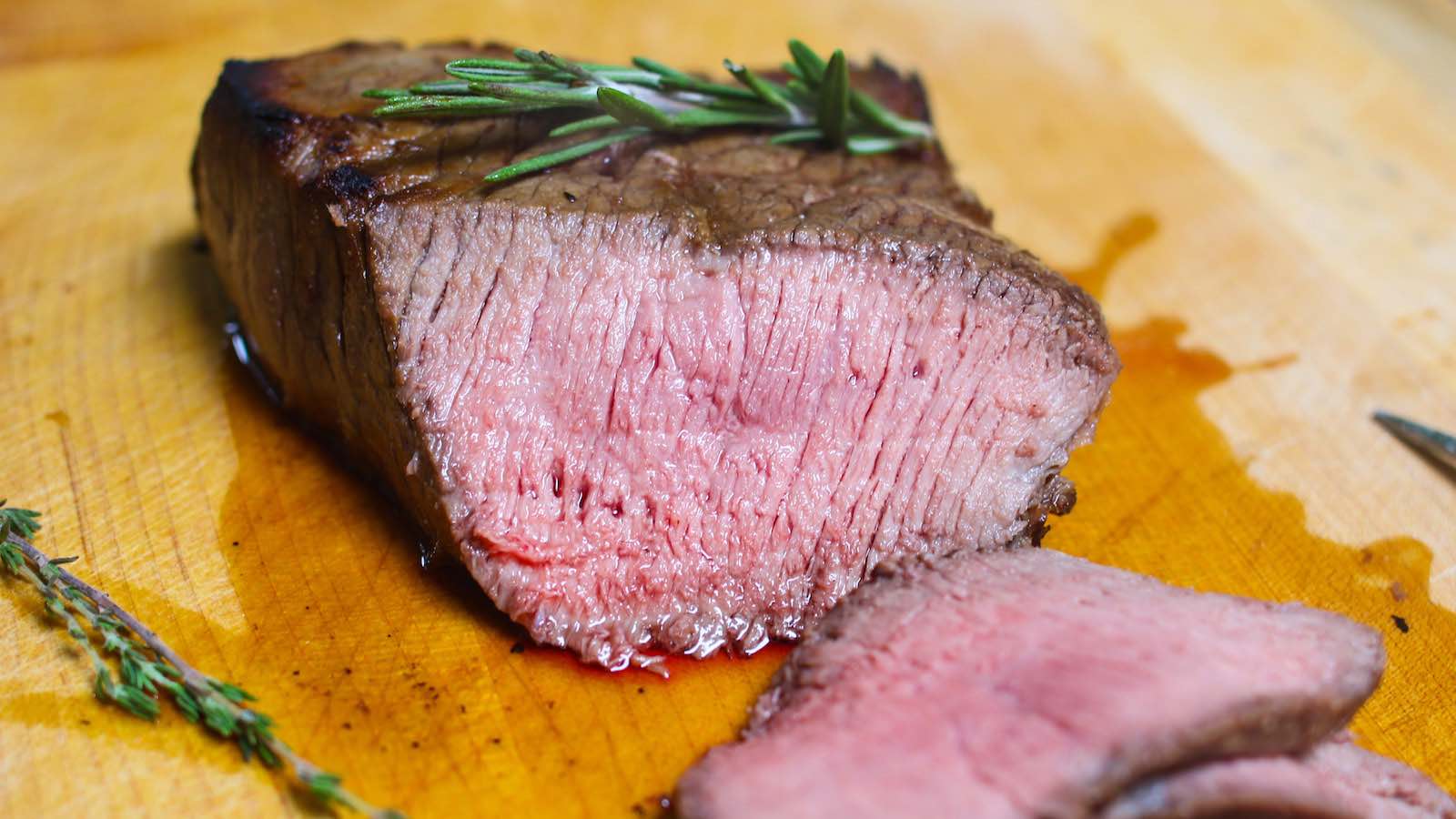 How to serve London Broil 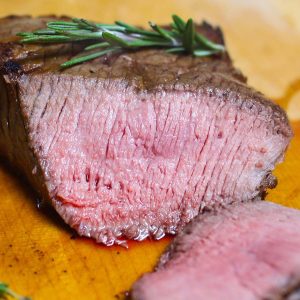