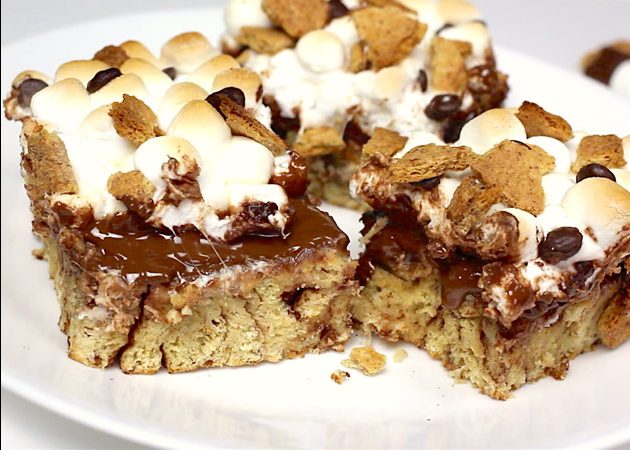 This easy recipe is full of cinnamon roll, gooey marshmallows, graham crackers and melted chocolate goodness. It’s guaranteed to satisfy any and all craving for s’mores.

How to Make Cinnamon Roll S’mores

You can make this recipe in the oven or using a grill or campfire:

This dessert is best served warm just like regular s’mores.

This quick video tutorial shows how to make it: 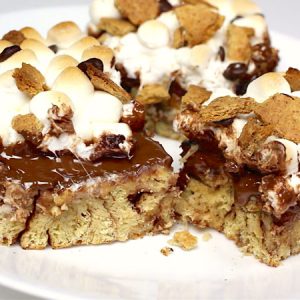 These Cinnamon Roll S’mores combine traditional smores ingredients with cinnamon rolls for a deliciously moist treat. You can make them in the oven or on the grill or campfire!
Prep Time: 10 mins
Cook Time: 15 mins
Total Time: 25 mins
Servings: 10 servings