The Difference Between Chow Mein and Lo Mein

Learn about the Difference Between Chow Mein and Lo Mein, some of the most popular Asian noodles in America! Chow Mein means fried noodles while Lo Mein means stirred noodles. Here we cover tips and secrets for buying and preparing the most delicious chow mein and lo mein! 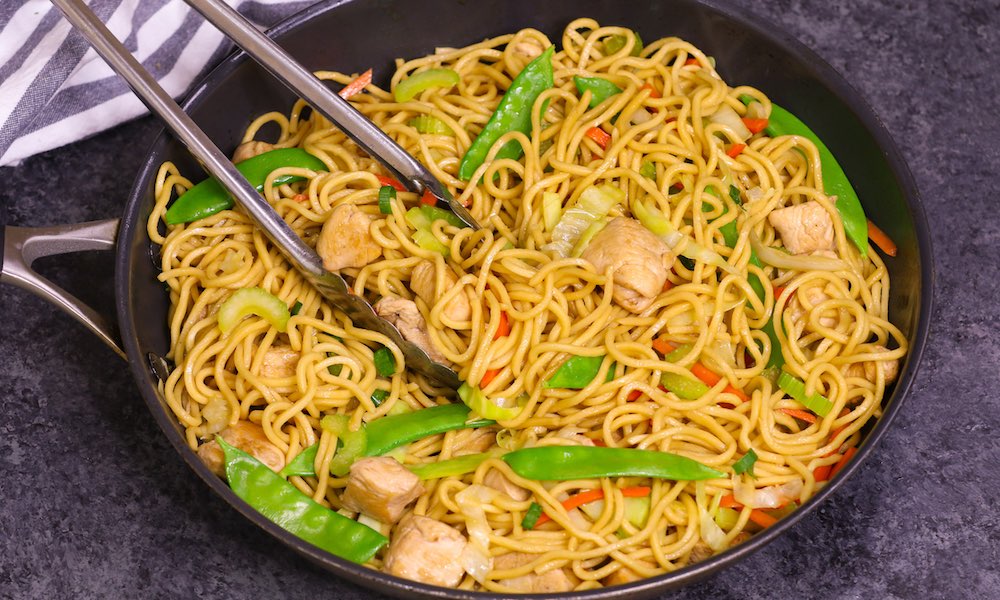 What Are Chow Mein Noodles?

Chow Mein is often confused with lo mein, so you might ask what exactly is the difference between chow mein and lo mein?

It’s the same noodle, and is typically fried and crispy instead of being steamed. It’s commonly found in Chinese restaurants like P.F. Chang’s or Asian Chao. You can buy chow mein at most supermarkets off the shelf (not refrigerated) or online.

How to Prepare Chow Mein

You can make your own chow mein by frying lo mein noodles in a wok in hot oil. The heat will make the noodles seize up and crispen into chow mein.

Many recipes indicate that spaghetti noodles can be used instead of chow mein. Try to use fresh spaghetti from the deli section of your supermarket, as they are better for frying in chow mein recipes.

What Are Lo Mein Noodles?

Lo mein (捞面 in Chinese) are thin egg noodles made with wheat flour and typically steamed or boiled with meat, seafood or vegetables. They’re found most commonly in Chinese cuisine where they date back two thousand years and translate as “stirred noodles”. 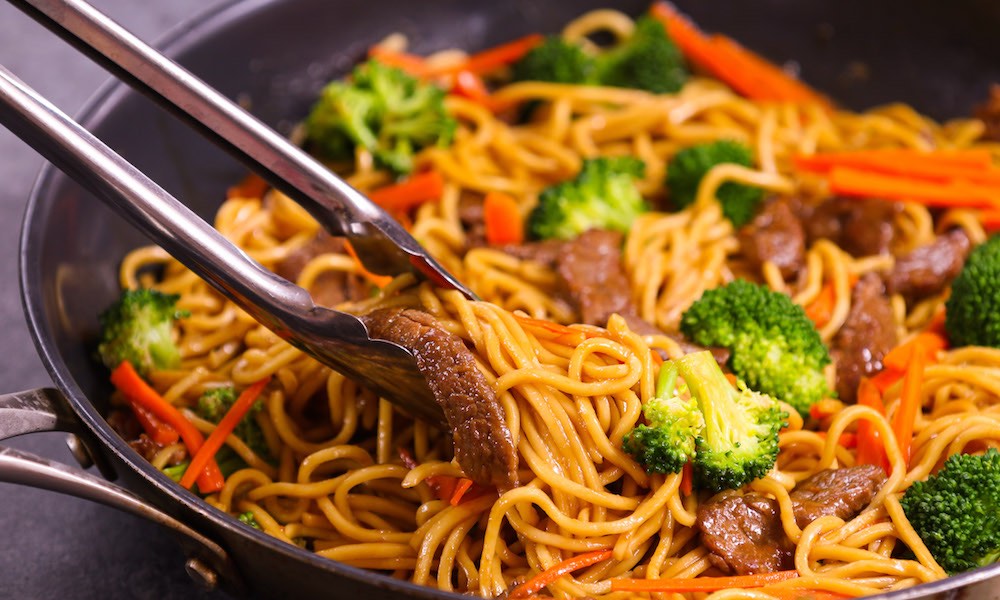 You can buy lo mein in the refrigerated section of Asian supermarkets and some larger regular supermarkets. They look like fresh angel hair pasta, and the longer the better. In Chinese culture, long noodles signify longevity to come!

The yellow color of lo mein comes from egg content, and sometimes yellow food coloring is added as well. Check the label if you prefer to avoid it.

How to Prepare Lo Mein

Fresh lo mein noodles are already moist and only need to be boiled for 2-3 minutes before adding to the dish. This is one of the ways Chinese restaurants can prepare their dishes so quickly! Check out our Chicken Lo Mein and Garlic Beef Lo Mein for some recipe ideas.

Dried Lo Mein needs to be boiled for anywhere from 5-8 minutes depending on thickness, so it’s best to check the package directions whenever possible.

Many recipes indicate that spaghetti noodles can be used instead of lo mein. While this is true, we always suggest seeking out fresh egg noodles in the deli section of your supermarket to best approximate lo mein.