This Mac and Cheese Pizza is a fun twist on traditional pizza. The crust is made entirely of mac and cheese, topped with pepperoni and baked to golden perfection in the oven. 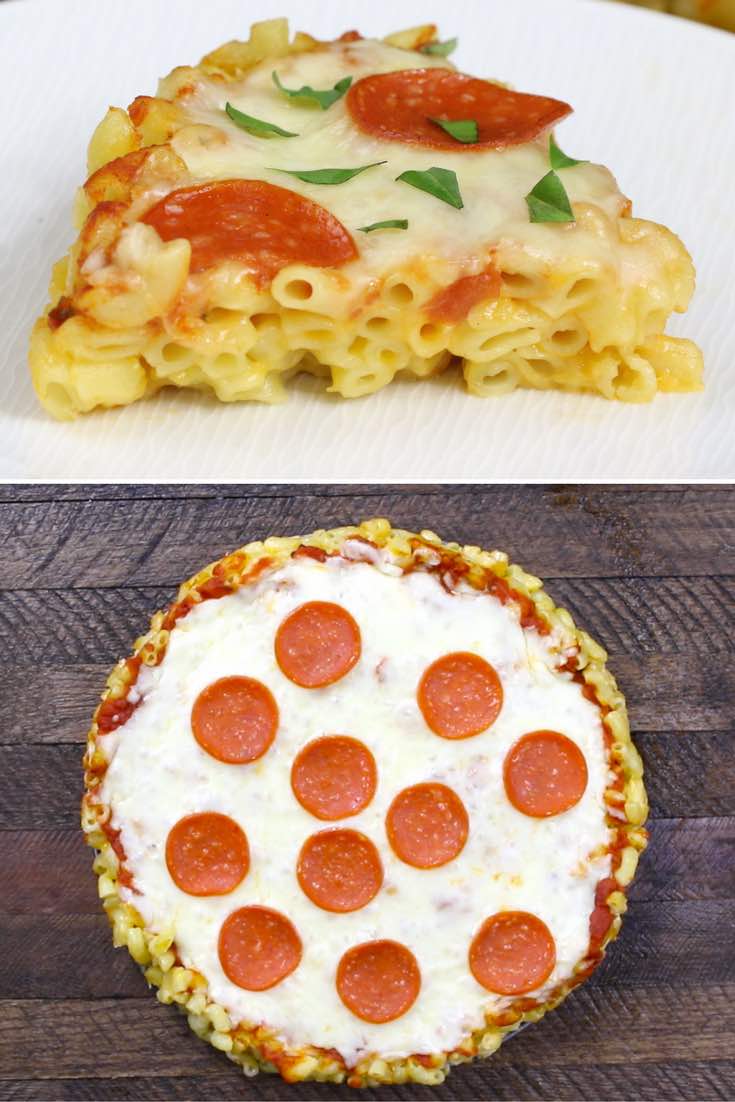 You no longer have to decide between pizza and mac and cheese with this fun recipe. There’s no need to mess with pizza dough, since the crust is made entirely with mac and cheese!

We made it with pepperoni, but you can also sub in your favorite toppings just like with regular pizza. It’s makes a fun dinner idea that’s definitely kid-friendly. We’ve also served it on Game Day to rave reviews! 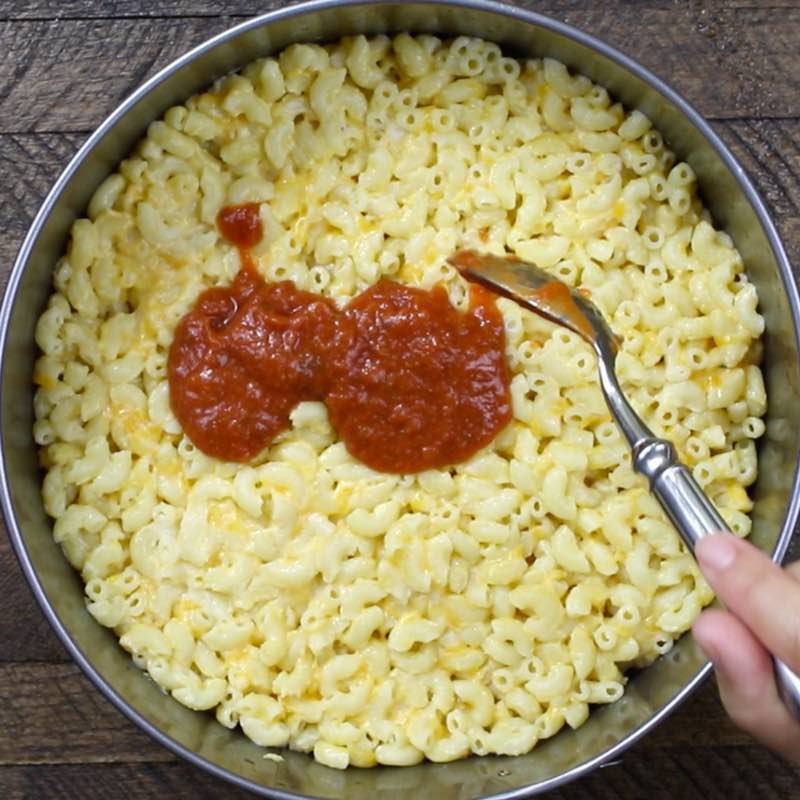 How to Make Mac and Cheese Pizza

The first step is making the mac and cheese. Boil elbow pasta according to the package directions. Drain and mix in milk and shredded cheddar cheese until creamy.

The next step is the form the crust. Press the mac and cheese into a large nonstick springform pan or pizza pan. You’ll want to grease the pan well to prevent sticking.

Now you can spread the sauce evenly across the mac and cheese crust. The final step before baking is sprinkling mozzarella cheese on top followed by the toppings.

Bake at 400°F for about 15 minutes until the cheese is bubbling and turning golden. Cool slightly before cutting a serving.

This 1-minute video shows how to make mac and cheese pizza: 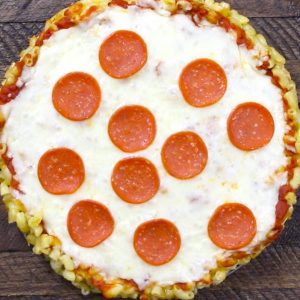 This Mac and Cheese Pizza is a fun twist on traditional pizza. The crust is made entirely of mac and cheese, topped with pepperoni and baked to golden perfection in the oven.
Prep Time: 15 mins
Cook Time: 15 mins
Total Time: 30 mins
Servings: 6 servings

2 comments on “Mac and Cheese Pizza”