Cookie Stuffed Cinnamon Rolls are made for days when you have double cravings. They’re chocolate chip cinnamon rolls woven together into each bite! You can make them for a fun snack on-the-go snack or put them out for a party! 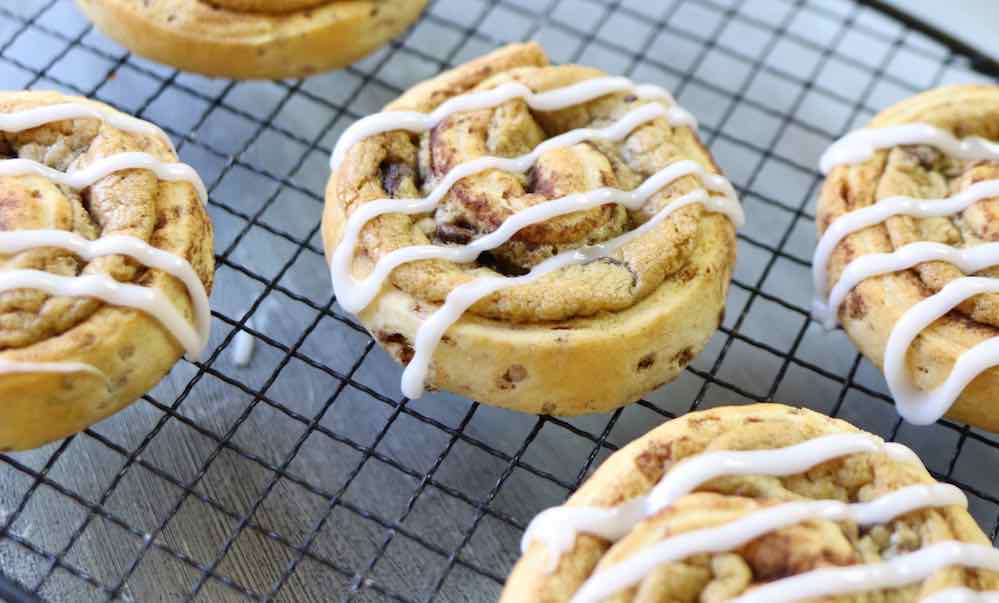 We got the idea for these treats when trying to figure out how to combine two favorites in one: chocolate chip cookies and cinnamon rolls. This recipe has been a runaway success each time, with family and friends begging for more!

The best part? You only need 3 ingredients and they’re ready in 30 minutes. Need I say more?

How to Make Chocolate Cinnamon Rolls

To make these, you’ll need cinnamon roll dough that unravels such as Great Value or other store brands. Then you’ll need chocolate chip cookie dough, either storebought or homemade.

Unravel each cinnamon roll one-by-one. Then pinch off a ball of cookie dough and roll it with the palms of your hands into a tail shape about 1/2 inch wide.

Nestle the cookie dough up against the unraveled cinnamon roll so it’s flush. Then weave them together into a double spiral shape.

Repeat for the remaining cinnamon rolls and bake for 15-20 minutes at 350°F. They’re done when puffy and golden. Let them cool for at least 15 minutes on a wire rack before icing and serving. 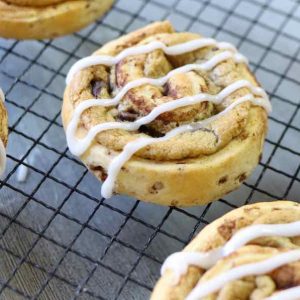 Chocolate chip cinnamon rolls woven together into each bite. You can make them for a fun snack on-the-go snack or put them out for a party!
Prep Time: 15 mins
Cook Time: 20 mins
Total Time: 35 mins
Servings: 12 servings