These Heart Shaped Cinnamon Rolls are homemade bite-size treats that are perfect for any special occasion. You can make these heart cinnamon rolls with just 3 ingredients. They’re always a hit! 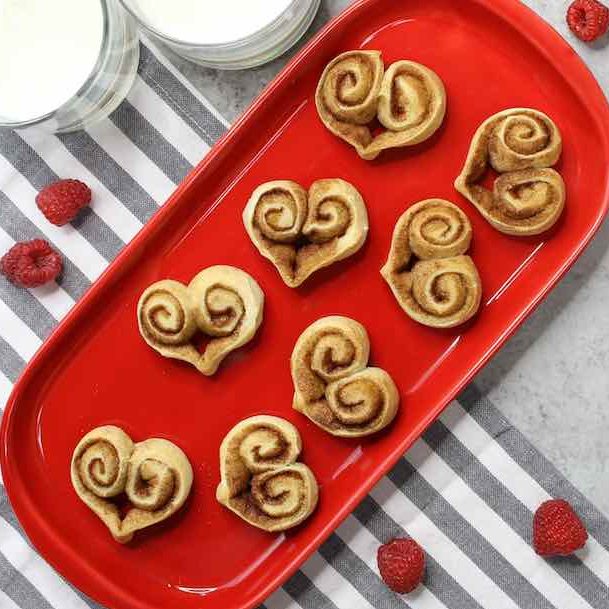 We love to make these heart cinnamon rolls for any special occasion, whether it’s Christmas, Mother’s Day, Easter or Valentine’s. The swirl pattern is so attractive and creates a positive vibe for any party or get-together.

The best part? They’re ready in less than 30 minutes and you can also make them ahead of time. It also makes a fun craft activity to do with kids. 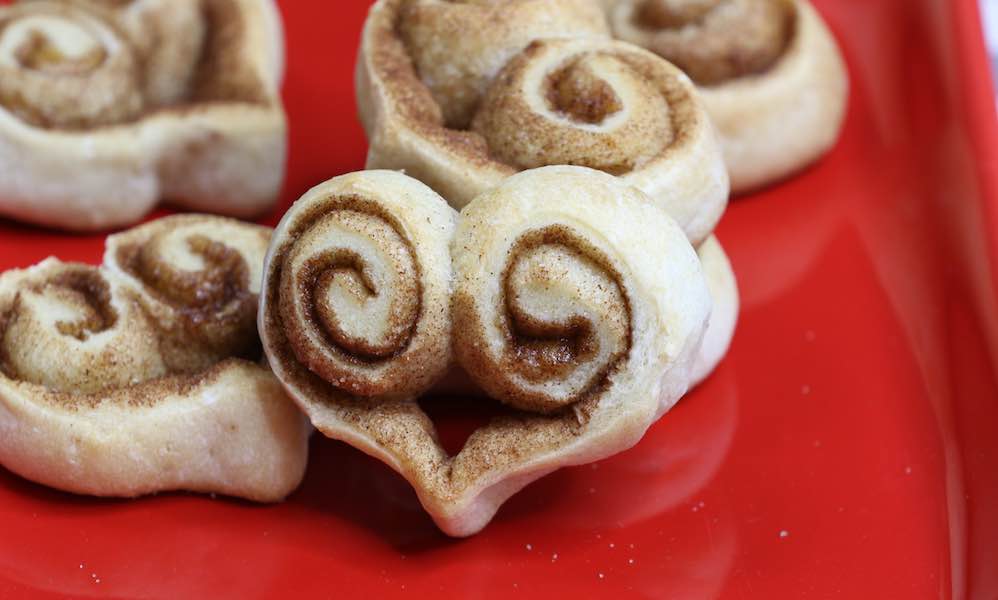 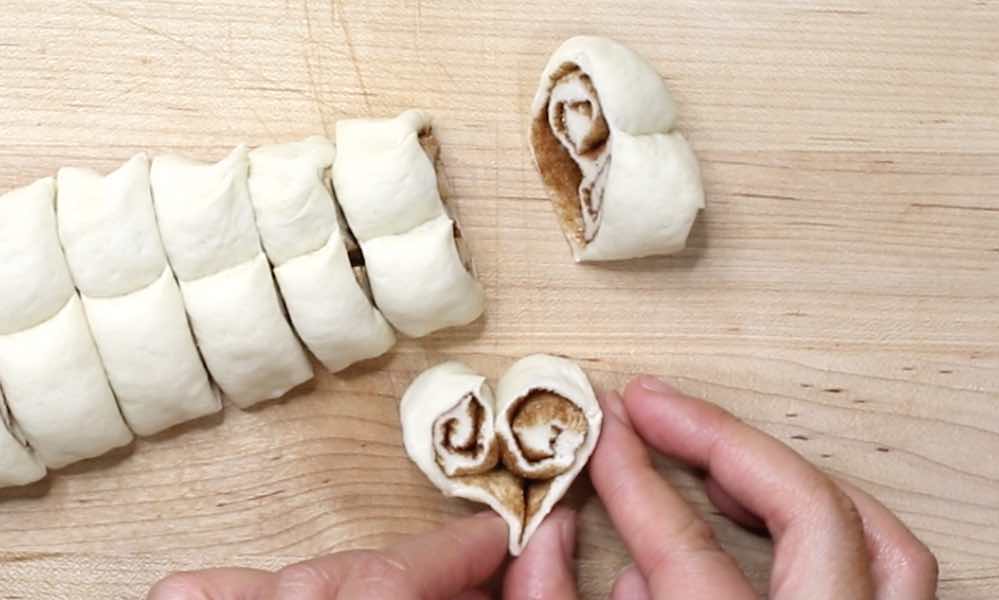 To make them, you’ll need to unroll the dough into a large rectangle on a floured work surface. Sprinkle the cinnamon sugar evenly across the top. Then roll it up the long edge halfway, and repeat from the other long edge. The two rolls will now be touching.

The last step for preparation is to slice widthwise into 1-inch wide pieces using a sharp knife. You should get at least 16 heart shaped cinnamon rolls: 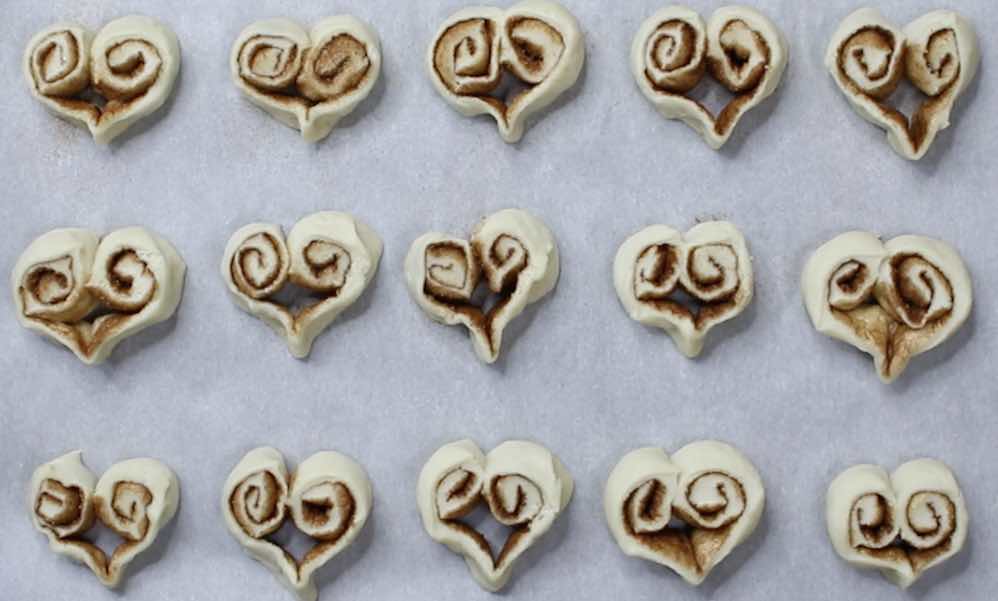 Bake at 400°F for 15-20 minutes until they’re golden and puffy. Once they’ve cooled in the pan for 10 minutes, they’re ready to serve.