This Apple Cranberry Pie has a flaky cinnamon roll crust and a homemade apple pie filling with fresh cranberries. It’s an easy dessert that’s festive for the holidays! 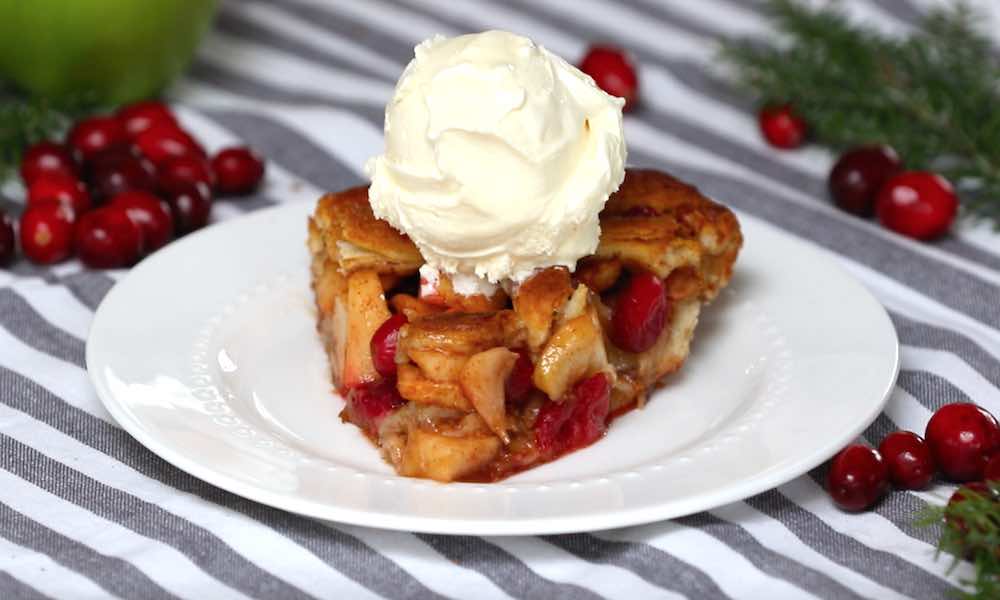 When you need a festive dessert with easy preparation, look no further than this apple cranberry pie. It’s got irresistible cinnamon, apple and cranberry flavors without needing to make pie dough. Plus, the burst of red color is truly stunning!

You can serve it warm by itself or top with a scoop of vanilla ice cream or some whipped cream.

How to Make Apple Cranberry Pie

To make it, start with a 9-10 inch glass pie plate. Press the cinnamon rolls into the plate as a single layer to form a crust.

Then chop the apples into 1/2-inch thick pieces and toss in a mixing bowl with the cranberries, cinnamon, sugar and cornstarch.

Add the apple-cranberry mixture to the pie plate. The final step is covering with a lace pattern, which is relatively easy thanks to the cinnamon rolls. Unravel them to extend across the top of the pie in a basket weave pattern.

Bake at 350 degrees for about 40 minutes until golden and puffy. Watch our video tutorial below to see how to make it: 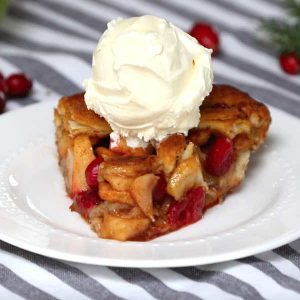