When you have leftover mashed potatoes from a feast, try making these tasty Mashed Potato Pancakes! They’re crispy on the outside and soft inside. Perfect as a comforting side dish or appetizer with sour cream on the side! 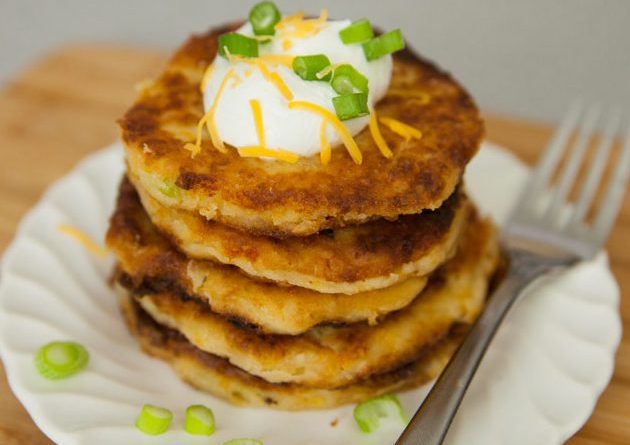 Whether you’re planning for leftovers after Thanksgiving, these potato pancakes really hit the spot. They’re comforting, satisfying and oh-so delicious with a spoonful of sour cream on top.

They’re fabulous for breakfast, brunch and lunch either as side dishes or appetizers. Plus, they’re less work than other recipes for mashed potatoes like Fried Mashed Potato Balls.

How to Make Mashed Potato Pancakes

Making them couldn’t be easier. Simply combine the mashed potatoes with cheese, flour, egg and minced green onions in a bowl. Form the dough into balls, flatten them and dredge in flour.

Then fry the pancakes in a large skillet until golden and crispy. It takes about 2-3 minutes per side plus or minus. Garnish with extra green onions and sour cream cream as you like. They’re also delicious with salsa and guacamole!

Check out this video tutorial to see how to make mashed potato pancakes: 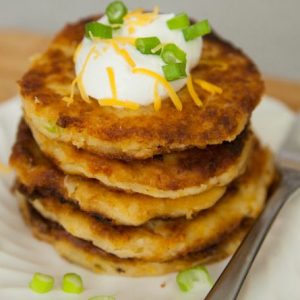