Sofrito is an aromatic sauce that’s mild and sweet with a little kick. It’s a popular condiment for many Puerto Rican dishes and other Spanish recipes. Plus, sofrito recipe is so easy to make and ready in 10 minutes! 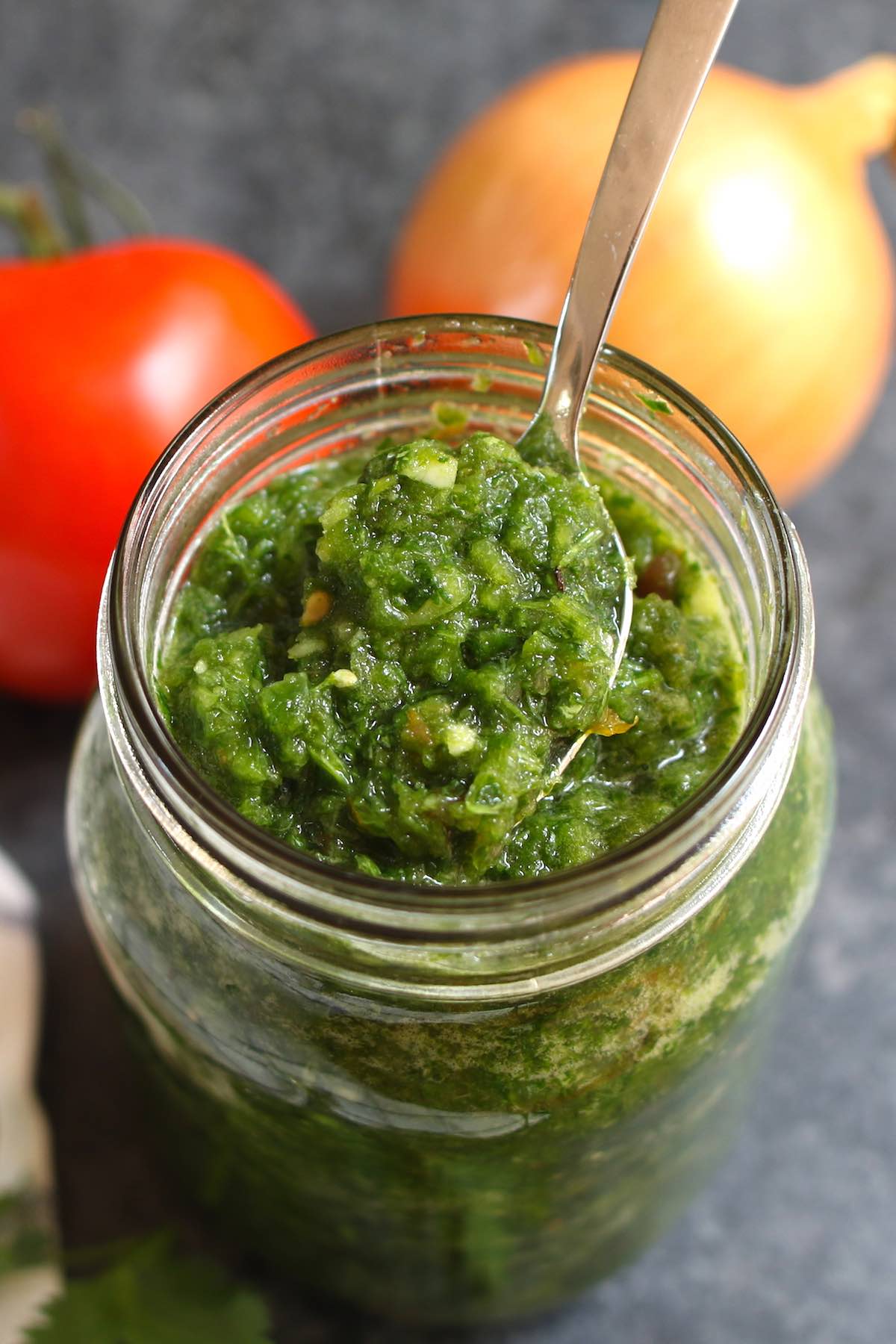 Making homemade Puerto Rican sofrito is easy! It’s a versatile sauce that’s slightly spicy and can bring out the best flavors of your food.

We use it as a flavorful base for many dishes such as stews, soups, and beans and rice. It can be cooked with chicken, pork, seafood, beef and vegetables. 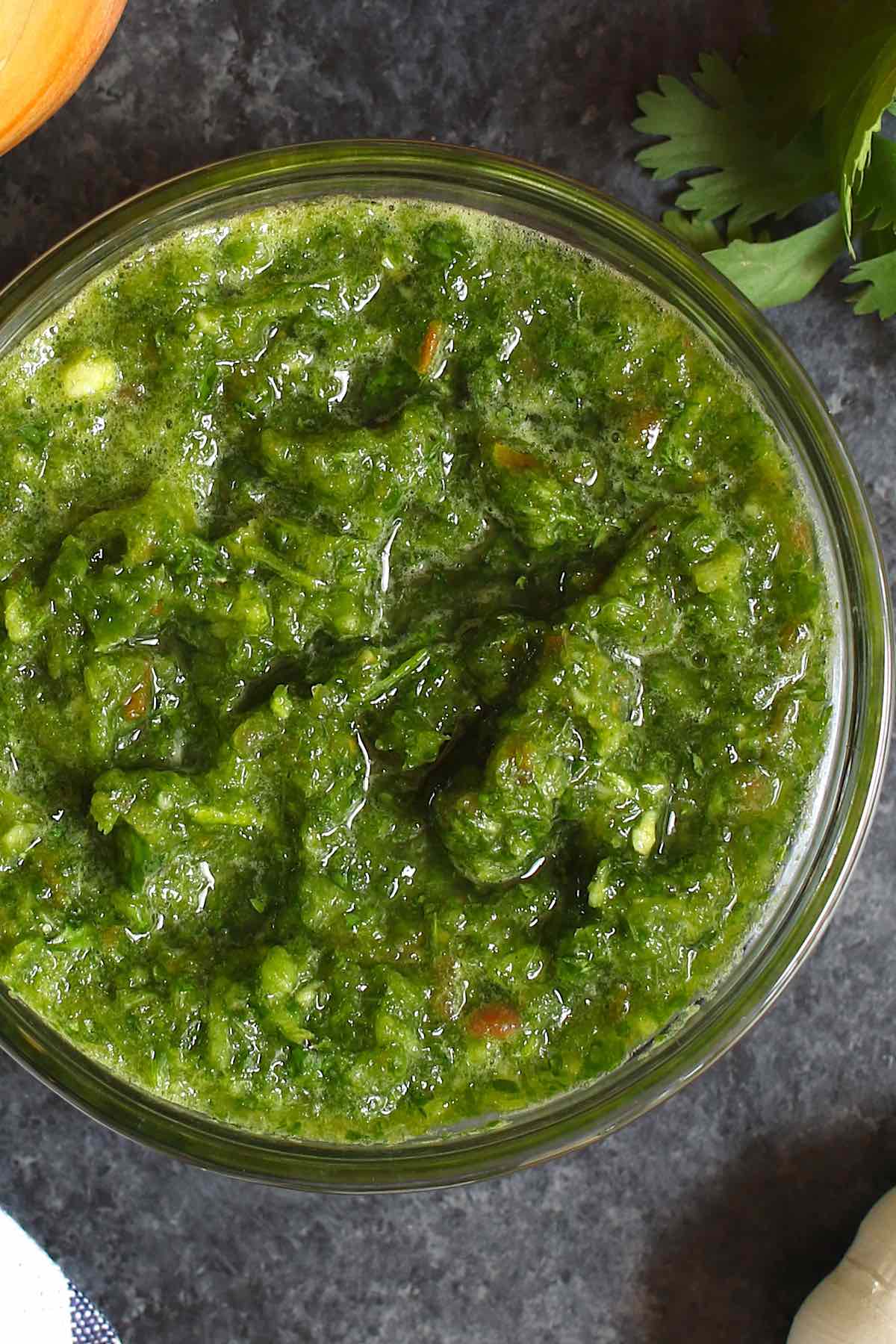 Sofrito is a green pureed sauce used for flavoring in the Caribbean and Spanish cooking. It’s made with aromatic ingredients cut into small pieces and then pureed in a blender or food processor.

It’s supposed to be cooked with proteins for a flavorful meal. You usually don’t eat it raw, but it can make a great replacement as a dip like salsa. 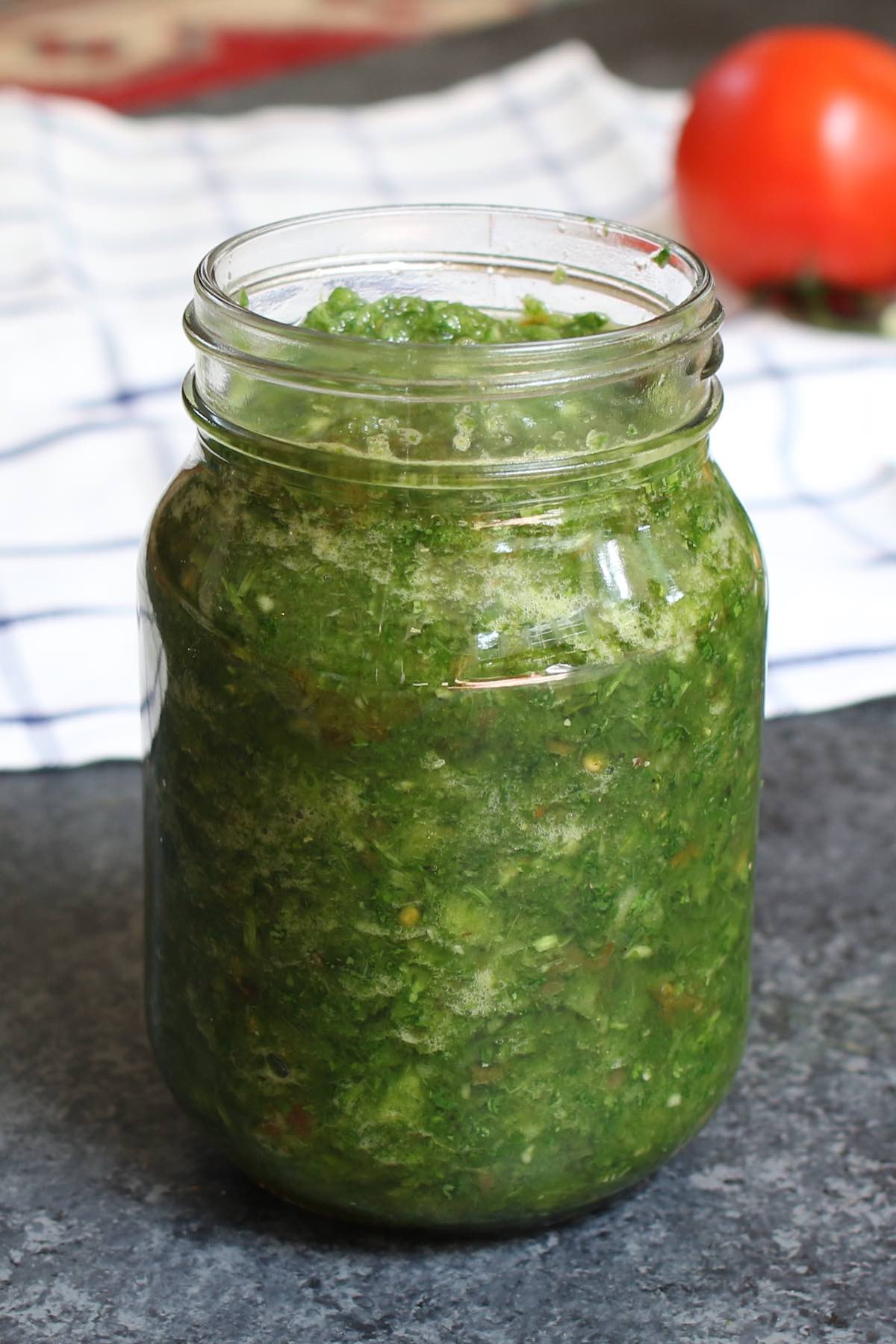 How to Make Sofrito

That’s it! Incredibly easy to make!

What are the Key Ingredients?

A traditional sofrito recipe contains onions, green bell peppers, aji dulce peppers, cilantro, recao and garlic. Depending on the flavor you like, you can make adjustments as you go. 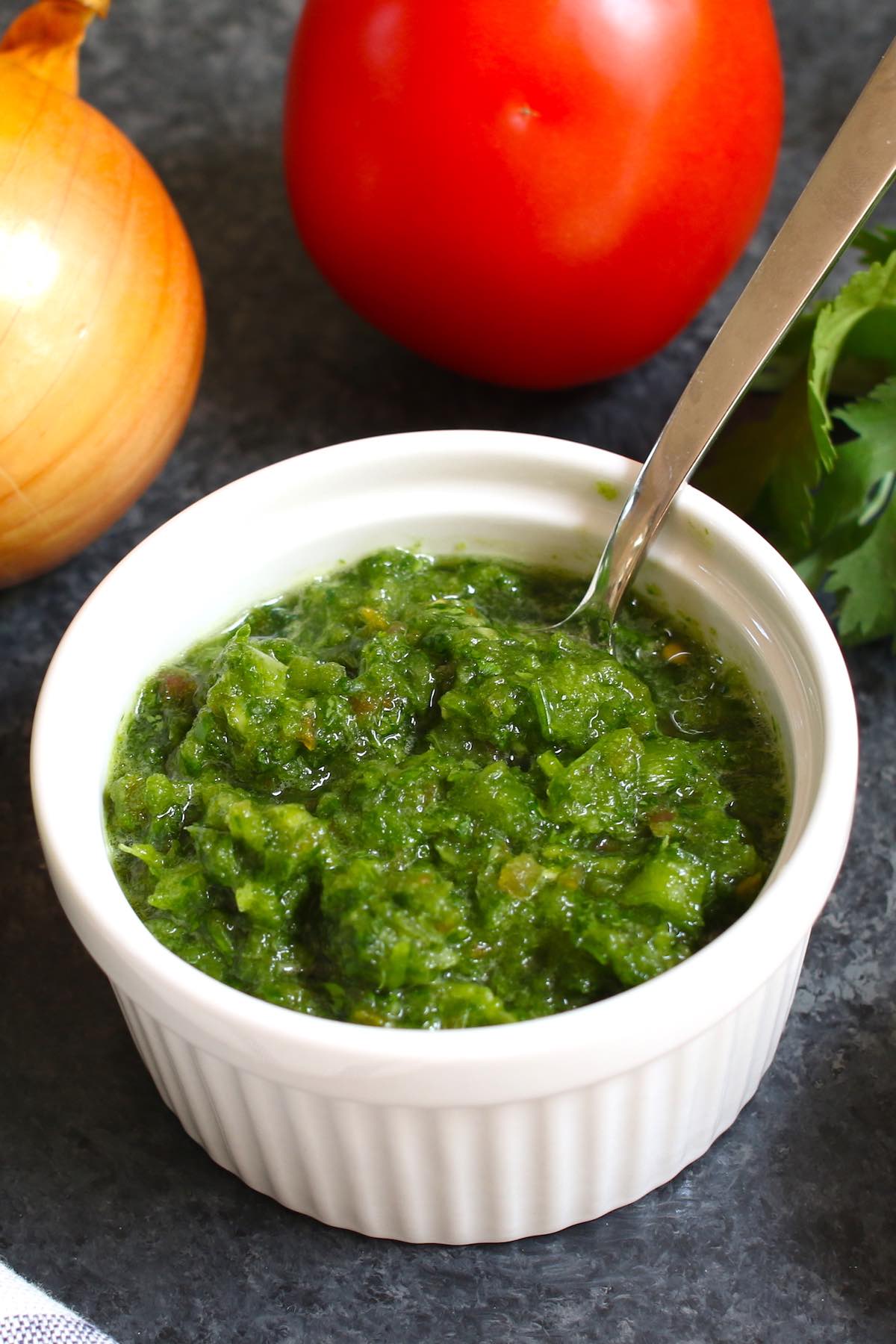 Recao, also called Culantro, is a herb that has a similar aroma and flavor to cilantro. It can be found in Hispanic and Asian market.

If you cannot find Recao, just double the amount of cilantro.

Aji Dulce Pepper is a small Caribbean pepper that’s slightly sweet but not spicy. You can substitute it with red bell pepper to achieve a similar flavor. Just keep in mind that the red bell pepper will change the color of the sofrito slightly.

Both are aromatic green puree used in Spanish cooking, and they taste similar. The biggest difference between the two is that Recaito doesn’t have tomatoes in it, hence looks greener than sofrito.

How Long Will Sofrito Sauce Last

Sofrito is very versatile and tastes even better the next day as the flavor infuse together. You can store it in an airtight container in the refrigerator for up to 10 days. It can last in the freezer for 3 months if you store them in an ice cube tray and place it in a resealable bag.

Ways to Use Sofrito

This condiment can be used to dishes such as stews, soups, beans and rice. It’s the most convenient way to elevate the food from good to gourmet. Plus, it creates the exotic Puerto Rican flavor that’s so unique.

You will need about 2 tablespoons of sofrito for each recipe. 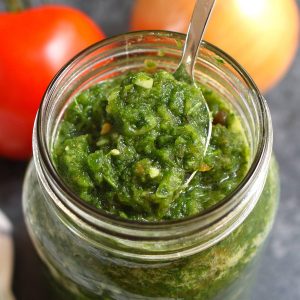