This Garlic Butter Shrimp Pasta is a simple and incredibly delicious one pot meal you can make in under 30 minutes. It’s a quick and easy dish that’s restaurant quality. Plus recipe video tutorial! 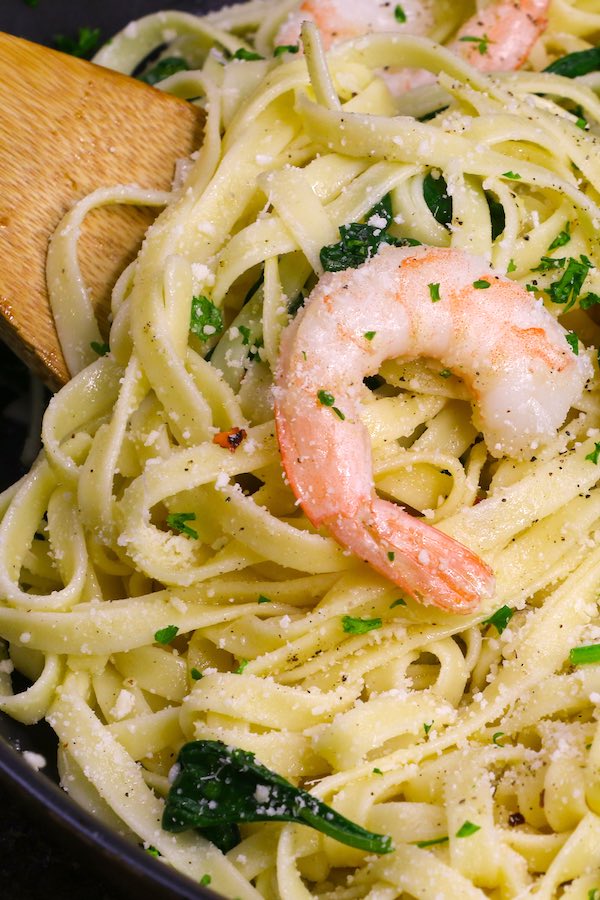 Garlic Butter Shrimp Pasta is one of my favorite one pot recipes. Just like our popular Taco Pasta, Pad Thai, and Shrimp Lo Mein, this recipe has protein, carbs and vegetables for an entire meal that’s ready in under 30 minutes.

Tender and juicy shrimp are cooked in a garlicky and buttery sauce before being tossed with baby spinach and freshly grated parmesan. 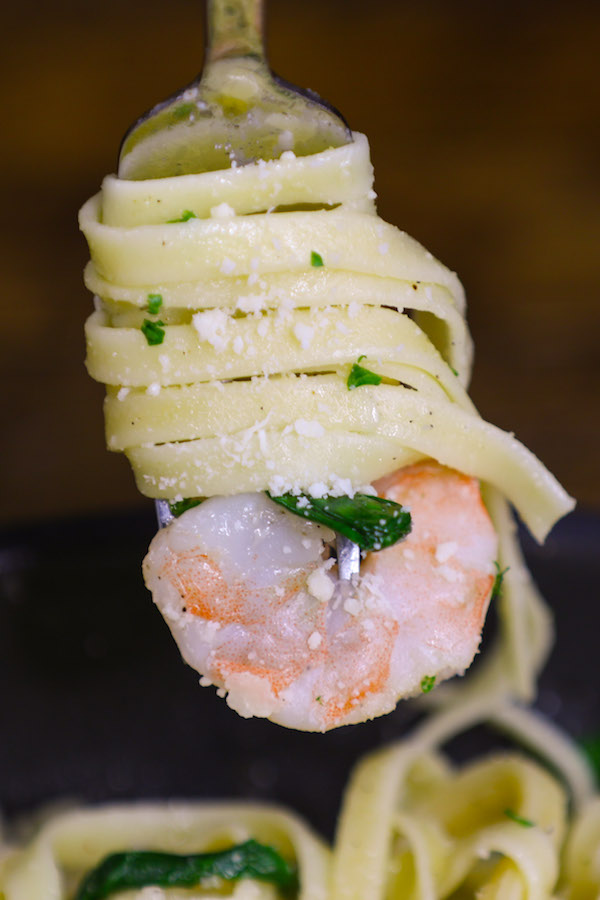 How to Make Shrimp Pasta

In a large pot with boiling water, add salt and cook pasta according to package directions. Drain and toss with oil to prevent from sticking, then set aside.

Thaw the shrimp if they are still frozen, using our guide on how to thaw shrimp fast. Pat dry with paper towel to remove excess moisture and then season with salt and pepper. Set aside.

In a large skillet over medium high heat, add 2 tablespoon of butter, oregano and red pepper flakes. Cook until fragrant. Add seasoned shrimp. Cook until the shrimp start to turn pink and curl up (about 1-2 minutes each side). Remove shrimp from the skillet.

Add the rest of butter in to the skillet. Stir in pasta, spinach and grated Parmesan. Cook until spinach is wilted. Stir in shrimp. Mix well. Serve warm and garnish with parsley. 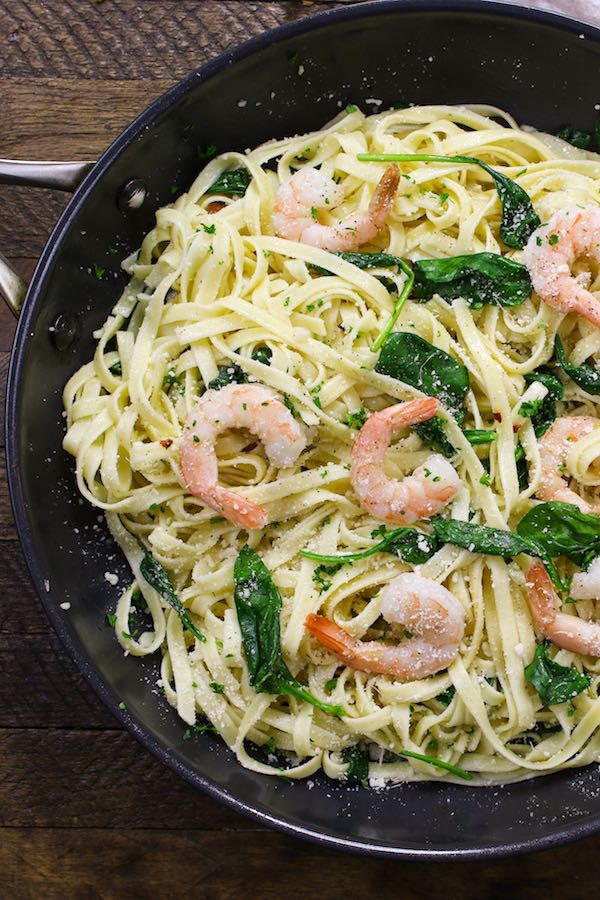 Key Ingredients and Where to Buy

Key Equipment and Where to Buy 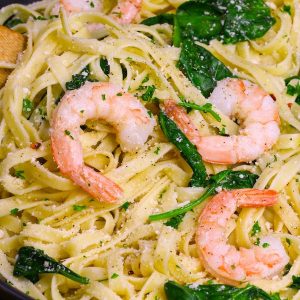 A one pot meal ready in less than 30 minutes with tender and juicy shrimp cooked in a garlicky and buttery sauce and then tossed with parmesan cheese. It’s a quick and easy dish with restaurant quality flavor.
Prep Time: 10 mins
Cook Time: 10 mins
Total Time: 20 mins
Servings: 4 servings

Author: TipBuzz
Course: Main Course
Did you make this recipe? Leave a comment below!