These Cuban Sandwiches are loaded with roast pork, salami, ham, cheese, pickles and yellow mustard. This cheesy and satisfying lunch idea is easy to make in just 20 minutes! 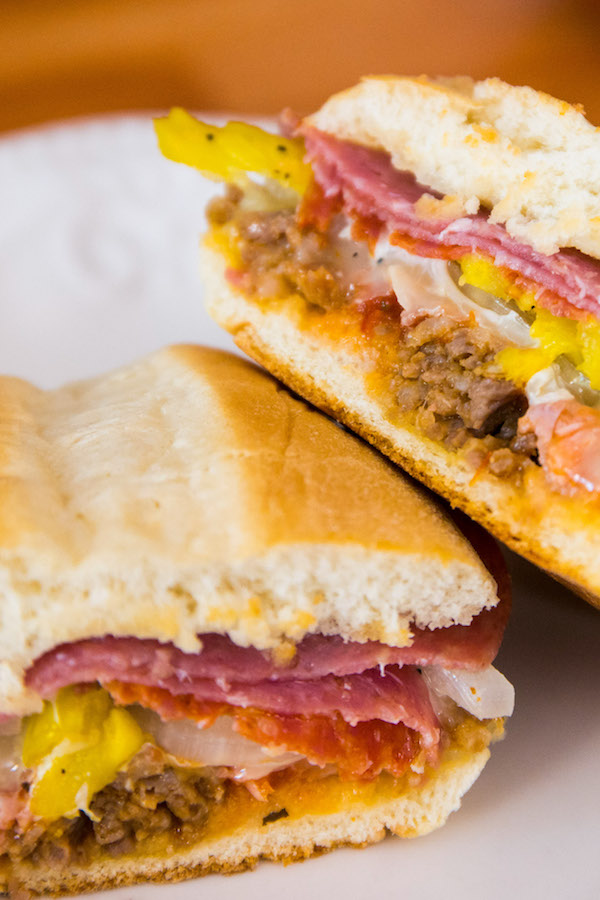 Cuban Sandwiches are so easy to make and a perfect way to use up leftover grilled pork, pork roast or pork tenderloin. They are great for weeknight lunch/dinners as well as big parties or a tailgate!

In my opinion, no sandwich can compete with Cuban Sandwiches.

What is a Cuban Sandwich

Originally from Cuba, a Cuban sandwich is a variation of a ham and cheese sandwich and sometimes called “Cuban Pressed Sandwich”. Sweet ham, salami and pork are smothered with Swiss cheese, pickles and tangy mustard on Cuban bread, then a heavy pan is usually placed on top to compress the sandwich while it’s toasting. 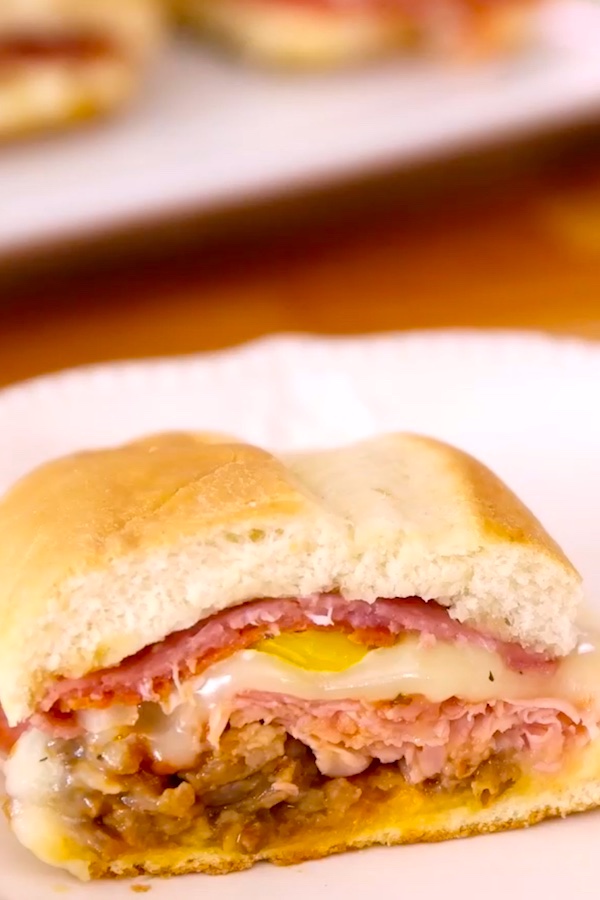 Traditionally, authentic Cuban Sandwiches are made with Cuban bread. It is similar to French bread and Italian bread, but made in long, baguette-like loaves with a very thin crust.

How to Make Cuban Sandwiches

Cuban Sandwiches are really easy to make when you get all the ingredients. All it takes is to assemble the sandwich and cook it in a skillet, grill or oven. It will be ready in about 15 minutes.

First, rub the outer side of the bread and halve it lengthwise.  Lay it on a work surface with the open side up. Then spread mustard on half of the bread, and butter on the other half of the bread loaf. Then add roast pork and 2 or 3 layers of sweet ham, followed by Swiss cheese and pickles, finally add salami. Close sandwich and wrap it in foil, then press gently. Repeat with the remaining loaves. The cheese will glue all ingredients together when it melts. 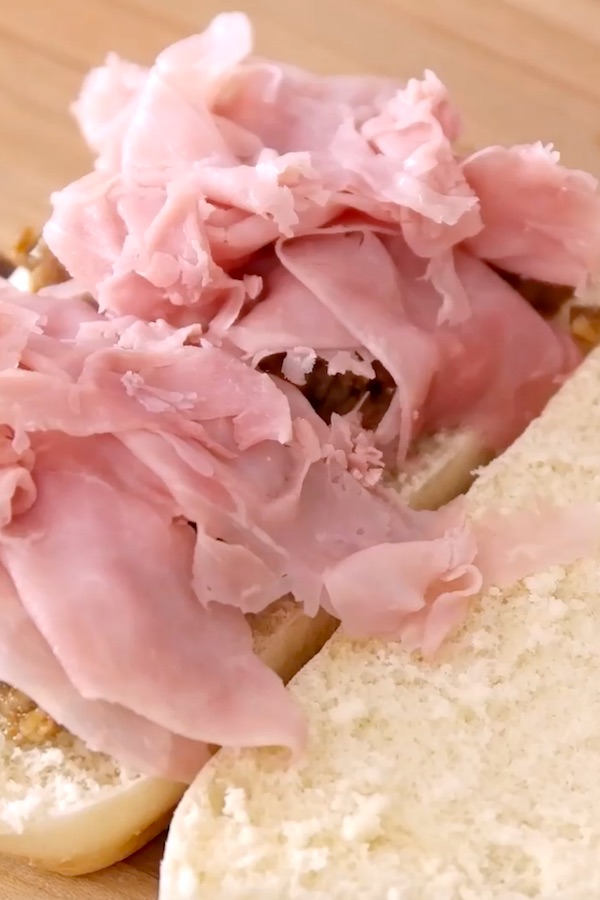 Place a cast iron skillet or grill pan on medium heat, then coat with olive oil. (If you use a panini press, you can butter top and bottom of the equipment). Place the assembled sandwiches on the pan and place a heavy pot or pan on top, pressing down firmly and cook for about 10 minutes (5 minutes for each side). Cook until the cheese has melted, bread is crispy, and sandwiches are about 1/3 – 1/2 of its original size.

Note: If you use grill or oven, you can set the temperature at 450°F. 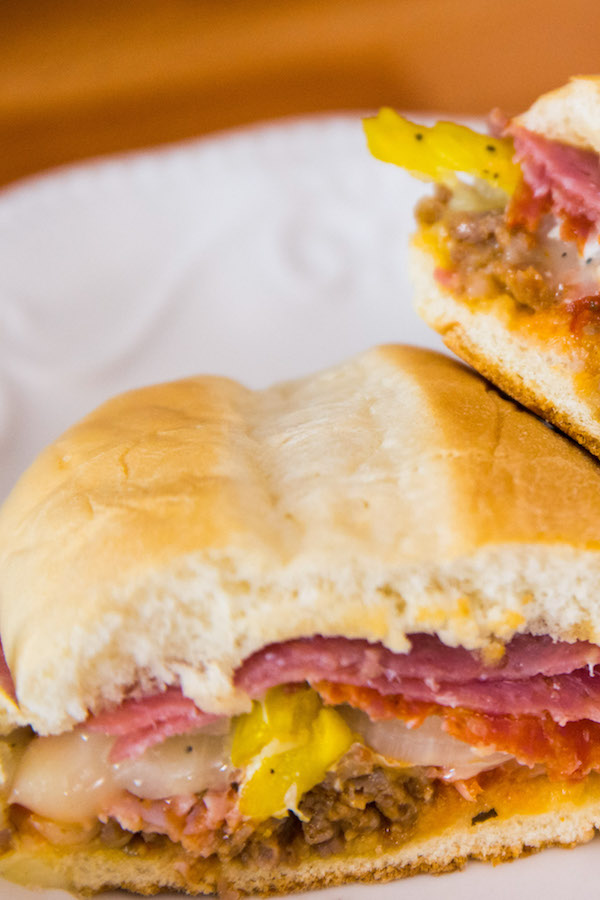 Remove foil from the sandwiches. Place on a platter and serve while hot. Beans and chips are nice side dishes that go well with Cuban Sandwiches. 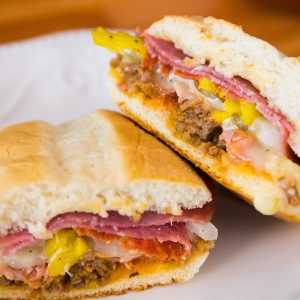