These dessert kabobs are flakey and delicious with fruity cinnamon roll flavors! You can make them on the grill or in the oven in less than 30 minutes. A fun dessert for a backyard BBQ or party! 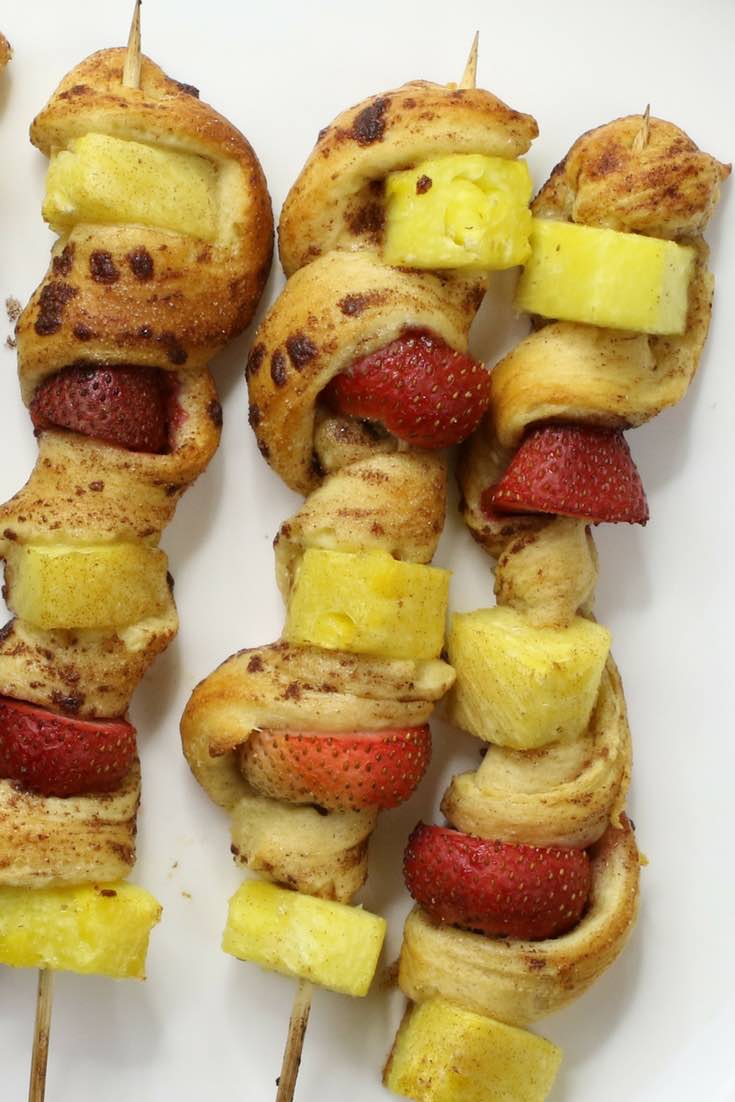 Summer has officially arrived and with it grilling season. I often find myself cooking meat and vegetables, completely forgetting about dessert. Here is some kabobs you can throw on the grill and have it ready in just 15 minutes. They’re always a conversation piece!

How to Make Dessert Kabobs

To make them, all it takes is a can of refrigerated cinnamon roll dough, some chunks of fresh fruits, a dusting of cinnamon sugar and a drizzle of icing.

First, skewer the fruits leaving a 1/2-inch of space in between, just enough for the dough. Then unravel each cinnamon roll into a long strip, and wrap one strip around the fruit chunks. (Note: You can use any brand of dough except Pillsbury, which has reformulated to not unravel.)

These kabobs will take about 15 minutes at 375°F. Make sure to oil the grill grates thoroughly to prevent sticking. If you’re using the oven, put a layer of parchment underneath on the baking sheet.

After cooking, let them cool for a few minutes before drizzling the optional icing on top and serving!

This tutorial show how to make these cinnamon roll dessert kabobs: 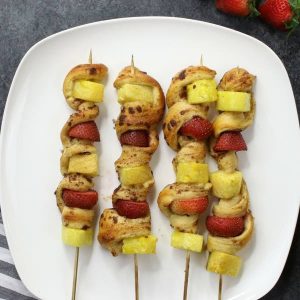